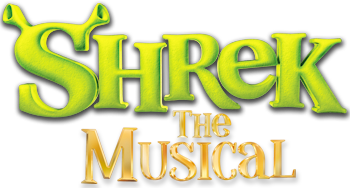 What do a couple of ogres, an ensemble of fairytale characters, a magical curse, an evil lord, and a Pulitizer Prize-winning Milton alumnus have in common?

They will all be part of Milton’s production of Shrek The Musical, which opens Thursday, May 17, in King Theatre. David Lindsay-Abaire ’88, who wrote the Tony-nominated book and lyrics to the musical, is scheduled to attend the final performance and spend some time with the cast.

“There’s some pride among the cast and crew in knowing that he is one of us,” says director Peter Parisi, chair of Milton’s performing arts department. “It is a little intimidating to perform for the person who created the show, but it’s exciting for the students because they have Milton in common.”

Shrek The Musical, based on the popular 2001 movie, follows the adventures of a solitary (and surly) ogre named Shrek, who—with a chatty donkey named “Donkey”—reluctantly urges the evil Lord Farquaad to reverse a kingdom-wide ban on fairytale creatures. Shrek ends up saving the beautiful Princess Fiona, who has been cursed to turn into an ogre every night until she falls in love.

“When people hear that we’re doing Shrek, they think we’re doing this fluffy, light show,” Peter says. “But there are some really moving parts of the show. It’s about belonging, it’s about friendship, it’s about love. There is a song at the end of the first act that can really break your heart. Shrek dares to dream, but then he stops himself. It’s so beautiful and sad.

To show the insecure lord’s short stature, Esteban plays the entire show on his knees.

“I’ve found it incredibly fun to tackle the whole role on my knees. From the singing to the acting and to the dancing, Farquaad has been my favorite role at Milton,” Esteban says. “Farquaad is so much fun to play since he’s the complete opposite from who I am in real life. He has such an attitude in everything he does, and I find it so much fun to embrace that aspect of the character.”

“I love Fiona’s story,” Sophie says. “She goes on this incredible journey of self-acceptance, and through that journey, she learns to love the ‘ogre’ parts of her just as much as the ‘princess’ parts. I love that Fiona can be fun-loving and free-wheeling, but she gets down to business when it comes to her happiness and what she wants.”

“I hope that if anyone takes away anything from the show it is this: do not love yourself or others in spite of your flaws, love yourself, and them, including and because of those flaws,” Sophie says. “I hope the audience can see that everyone, no matter how put together they seem, is a weirdo, and that’s the beauty of life.”

In addition to the evening productions, Middle and Lower School students will be invited to witness the show’s dress rehearsal, which Peter says is “a really special way to include the whole community.” Shrek The Musical runs Thursday, May 17, through Saturday, May 19, at 7 p.m. in King Theatre.