Coming together as a community is the cornerstone of the Milton experience, and we are finding creative ways to convene and connect. The safety of our students, faculty, and staff guides all of our decisions. We hold an unwavering commitment to educating our students in an engaging and fulfilling program, whether they are on campus or remote. This year looks unlike any other in the history of our School. It requires us to remain flexible and adjust due to factors beyond our control, but we are working together as a community to provide our students with the best experience possible.

Given the uncertain nature of the pandemic, we have initiated a phased reopening of campus this school year. We will continue to offer fully remote learning to any boarding or day student who does not wish to return to campus. Additional details can be found on the division program pages and FAQ.

COVID-19 testing is provided for all students, faculty, and staff during their time on campus. The results of these tests—combined with local COVID-19 trends, expertise from public health and medical experts, and guidance from the Commonwealth of Massachusetts—inform the phases of our plan. We remain prepared to pivot quickly as circumstances change.

Our success requires shared commitment from every member of our community as we navigate these new protocols together. We thank you in advance for your support of our School.

We base our approach on guidance from public health and medical experts and the Commonwealth of Massachusetts, as well as our experience as educators.

We are committed to a rigorous and collaborative approach that cultivates curious and engaged learners.

We work together to ensure that all have access to learning via curriculum and technology.

We support every individual in our community, helping students to become resilient young adults.

Messages to our community regarding COVID-19

At the core of Milton’s academic philosophy is our deep commitment to student-centered learning. While the execution of our program must change this year, our philosophy does not: We will continue to provide engaging and powerful learning experiences for students across our three academic divisions.

Informed by data, research, and experience, our learning models affirm our teaching values. On campus or remote, our students will collaborate authentically with guidance from their teachers; work independently and learn to self-pace; reflect frequently on their growth as students; and discover themselves in the larger context of our world.

Although curricular approaches will vary across our three divisions, we are committed to providing our students a sense of belonging and social-emotional safety; engagement and motivation; and empowerment to connect with one another, their teachers, and the world around them with a nuanced understanding of responsibility, morality, and equity.

We will reopen all eight of our dormitories in January for a phased return of boarding students. This next stage of our plan will maintain de-densification across our campus living and learning spaces.

Please visit Residential Life for information on our boarding program.

Personal connection is the key to a strong community and a hallmark of a Milton education. In and out of the classroom, we encourage students’ connection to others: teachers, advisors, coaches, and one another. As always, throughout the academic year we will build a sense of routine and foster camaraderie, creating opportunities for students to maintain meaningful connections with adults and peers, whether they are learning on campus or remotely. Regardless of circumstances, Milton will continue developing its unique community to foster a sense of belonging for all students.

Our top priority is ensuring that we provide a safe educational and workplace environment for our entire community. As we adjust our program and transform our campus—with the goal of having all students engaged in as much live teaching and learning as possible this fall—the health and safety of our students, faculty and staff is paramount.

Our campus de-densification and COVID-19 protocols, including testing, are based on official guidance and public health expertise specific to the Commonwealth of Massachusetts and the Greater Boston area. Our renovated health center and revised health and safety protocols, new training for faculty and staff, and partnership with Boston Children’s Hospital, are only some of the modifications the School has made in response to this pandemic. Read more about our health and safety measures for the academic year.

Prior to return to campus 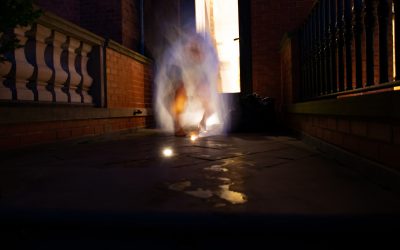 Milton Students Recognized for Excellence in Writing and Visual Art

Fifty-six Milton students received recognition in the 2021 Massachusetts Scholastic Art & Writing Awards. The students earned 124 Gold Key, Silver Key, or Honorable Mention accolades in the competition. The Scholastic Art & Writing Awards began in 1923 and are considered the most prestigious awards for teenagers in the country. Milton’s 31 Gold Key pieces are submitted to the national Scholastic competition, and results for the national contest will be announced in March.

Anne Kwok ‘21 earned six Gold Keys, one Silver Key, and two Honorable Mentions for her poetry. One of her poems that earned a Gold Key is entitled “After Warfare.” 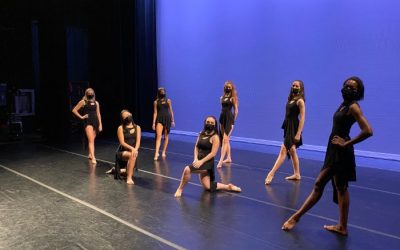 With themes of isolation and loss but also humor and celebration, this spring’s Dance Concert explores life’s extremes. Last spring, Dance Concert was the last major event on campus before Milton had to shut down due to the pandemic. This year, the event is fully virtual with more than 40 student dancers who will perform 15 dances choreographed by students.

“It’s a smaller show, but feels like a bigger undertaking because of the way we are producing it,” says Kelli Edwards, Performing Arts Department chair.

The performance showcases modern dance, ballet, Latin dance, and an Irish dance. All the dances are being filmed—some in person on the King Theatre stage, some in more of a dance film format, and others in a Zoom format with dancers individually in their spaces. Edwards says the student choreographers have “embraced the format and are utilizing all the ways they can film.” 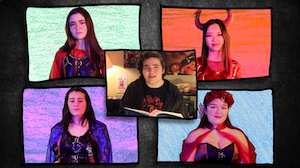 Winter Play, “She Kills Monsters,” is a Virtual Adventure

In this year’s winter play, She Kills Monsters: Virtual Realms, sisters Agnes and Tilly couldn’t be more different. Agnes delights in fitting in and being an “average” high school girl, while Tilly, a Dungeons and Dragons aficionado with a wild imagination, can’t help but stand out.

When Tilly, played by Talia Sherman ’22, suddenly dies, Agnes, played by Lucy Hirschfeld ’21, finds herself on a quest through the D&D world, following a module Tilly created and hoping to connect with her sister. As Agnes meets her sister and a band of interesting adventurers in the fantasy world, a series of funny and dramatic events unfolds.

“I came into the show knowing very little about D&D, and throughout my time filming, I followed Agnes’ journey by gradually learning more about the game, and then becoming part of the D&D world,” Hirschfeld said. “Throughout the game, she finds herself and builds friendships she would never have expected.” 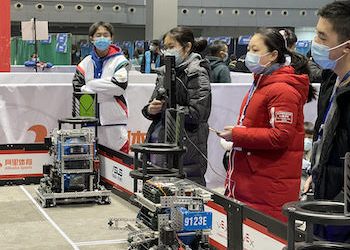 In a typical year for the Robotics Team, members spend long hours in the robotics lab together, building and rebuilding their robots to get ready for tournaments. This school year, much of that work has gone virtual.

Although the pandemic restrictions on in-person building and competition have been challenging, the season—filled with virtual skills events and international tournaments—has demonstrated what makes robotics special: thinking creatively, developing solutions, and working together.

“At the beginning of the season, we were not sure that we would even be able to build robots,” said Puck Doboe ’22. “However, several students have been able to find space in their homes to work on their robots remotely, which has been fantastic. Even with the distance from Milton, a new student joined a returning student to build a fully functional robot together while doing Zoom classes from their homes in China.”