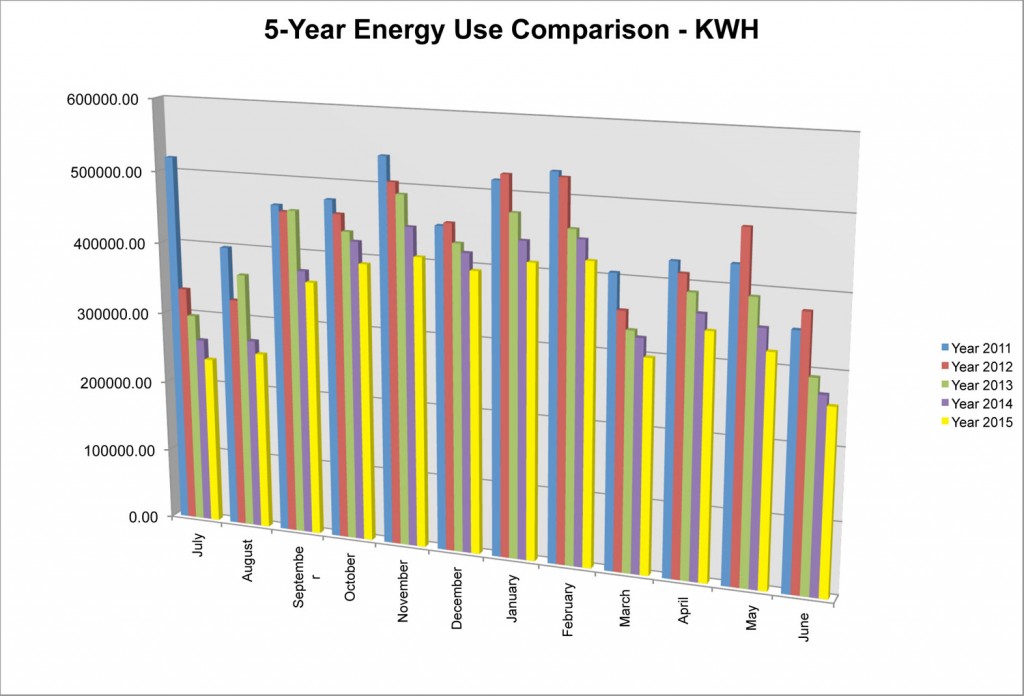 Solar panels are now a prominent feature on the Milton campus horizon. Photovoltaic solar panels are installed on the two, south facing gable roofs of the Athletic and Convocation Center (ACC). The ACC is the largest building on campus, and the largest user of electricity. Photovoltaic panels generate electrical power by converting solar radiation into direct current electricity. On a sunny, summer day, the panels will produce 900-kilowatt hours of useful electricity. This will provide about 50 percent of the electricity load for the ACC when the hockey rink is not in service. The estimated savings for Milton in electricity costs over a 20-year period is over $400,000.

The Athletic Center is the second campus building to use solar power. The Pritzker Science Center uses electricity generated from both hot water and photovoltaic panels installed on the roof.

The link below is a live solar panel metering dashboard for the ACC: