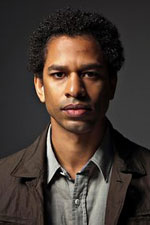 What does being black today mean? Is there an authentic black experience? What does it mean to be “acting white”? Author and television correspondent Touré ’89 asked these probing, philosophical and emotional questions of 105 prominent African-American artists, politicians, academics, journalists and religious leaders. He wove their answers with his own thoughts and experiences in his book Who’s Afraid of Post-Blackness?

A recent New York Times book review said of Touré’s new book, “This is one of the most acutely observed accounts of what it is like to be young, black and middle-class in contemporary America. … a performance carried through with unsparing honesty, in a distinctive voice that is often humorous, occasionally wary and defensive, but always intensely engaging.”

“I began the book when Obama’s victory was clear, a moment that made me say, ‘Something has changed in this country,’” says Touré. “I’d always thought, as many blacks did, that it was impossible for a black person to become president. So I decided to explore where race is now, because things had clearly changed from when I was a teenager. The possibilities for black people are different—the nature of racism is different.”

Not one to shy from controversy, Touré argues in the book that there is no one right way to be black. He wants to broaden the concept of black identity, asserting the idea that “blackness” is anything an African-American wants it to be. He gives voice to the generations of blacks growing up post-Civil Rights, looking forward into the twenty-first century.

Touré’s Milton experience began in first grade, and he recounts some of his childhood and school experiences in the book. “Milton was a place that strove to be non-racist (and non-homophobic). We talked openly about race, and people made an effort to be open-minded. But sometimes verbal clashes between students arose.”

A key incident for Touré occurred when Randall Dunn ’83, the first black head monitor in Milton’s history, and now the head of school at Chicago Latin School, was told by a housemate that he was accepted at Brown University because he was black.  Randall decided to address this comment publicly, with other students, in a Milton assembly.

“When he told this story at morning assembly, calmly saying that the comment was untrue, I experienced this as a moment of racism that was happening to me. I knew that if they thought that about Randall, this superstar student, they’d surely think that about me. … this was a vicarious experience of racism—something happens to someone else, but you know it could’ve happened to you, and it hurts as if it did.”

These moments helped forge Touré’s future examination of race; he credits the faculty for making his “Milton experience so incredible.” He says many “unforgettable” teachers were an important influence on him.

Touré writes for numerous publications, including The New York Times, Ebony and The New Yorker, and he has published three books. He is a regular contributor on culture for MSNBC and hosts two programs on the FUSE Network.