Bradley M. Bloom Named President of the Board 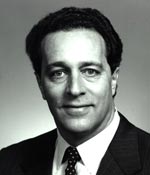 On January 31, 2009, the Milton Academy Board of Trustees elected Bradley M. Bloom president of the board, succeeding Franklin W. Hobbs IV ’65.  Brad became involved in Milton Academy nine years ago when his daughter, Elizabeth ’08, entered the fourth grade at the Lower School.  Brad’s son, Ross ’06, joined the seventh grade at the Middle School the following year.  Along with his wife, Terrie F. Bloom, Brad became active immediately in the life of the School.  They both served as members of the Head of School’s Council, and on the Parents’ Fund Special Gifts Committee.  They co-chaired the Class I ’06 Gift Committee, and each year helped Milton reach Annual Fund goals by contacting Milton families.

Brad was elected to the board of trustees in April 2004.  A member of the Buildings and Grounds Committee during an especially active time, he recently co-chaired that committee.  He served also on the Academic Affairs Committee, the Trustees Committee and chaired the Audit Committee.

Board president Fritz Hobbs tapped Brad for successive important roles between 2005 and his assuming the presidency: Brad served as a member of the Head of School Search Committee that sought points of view from every school constituency, evaluated a spectrum of candidates, and ultimately recommended that Todd Bland of the Seven Hills School in Cincinnati, Ohio be appointed Milton’s twelfth head of school.  In addition, Brad served as co-chair of the Ad Hoc Faculty-Trustee Committee, charged with the development of new framework to facilitate communications among faculty, administration and the board.

Brad is a managing director of Berkshire Partners, aleading private equity firm in Boston, which he co-founded in 1986. He received his A.B. from Harvard College and M.B.A. from the Harvard Business School.  Both he and Terrie, also a graduate of Harvard College and the Business School, are active Harvard alumni, serving on various visiting committees, including the President’s Advisory Council on the Allston Initiative.

As a parent and a trustee, Brad understands and appreciates the dynamics that distinguish Milton: an active learning environment from K–12, outstanding faculty, the highest caliber students, and uncommon support for the individual. He is eager to work with the new head of school, Todd Bland, on ensuring Milton’s educational leadership into the future.