The Milton Academy Chamber Orchestra and Chamber Singers will embark on a concert tour to Honolulu Hawaii on March 14. In past years the chamber groups toured Prague and Vienna (1995), England (1998), Beijing and Hong Kong (2000) and Ireland (2002). 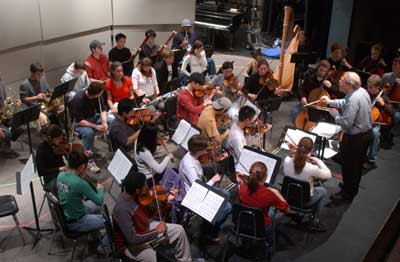 The students’ eight-day tour of Hawaii will include both musical and cultural events. The chamber groups will perform at the Punahou and Lolani schools; the Bishop Museum, the leading museum of Hawaiian art in the world; the Kahala Mall, one of the two major shopping plazas in the city; and the Polynesian Cultural Center. The chamber singers, performing the music of Palestrina, Lassus, Byrd and other composers will end their tour with a pre-service concert at the Central Union Church—one of the oldest churches in Hawaii. The Chamber Orchestra, performing the music of Beethoven, Salieri, and Mozart including the Bassoon Concerto with senior Peter Kruskall as soloist, will end their tour with a prelude concert at the Honolulu Symphony Hall, opening for world famous flautist, Sir. James Galway.

In addition to performing, the students will tour the Polynesian Cultural Center and USS Arizona Memorial in Pearl Harbor, enjoy a traditional luau and Native Hawaiian performance, and take part in a snorkling and hiking expedition.