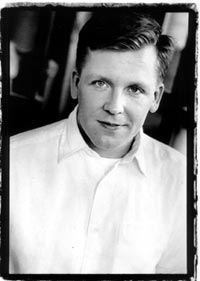 The board of the Pulitzer Prize announced yesterday that David Lindsay-Abaire, Milton Academy Class of 1988, had won the 2007 prize for drama, for his playRabbit Hole. The Pulitzer announcement notes thatRabbit Hole is David’s fourth play produced in New York by the Manhattan Theatre Club. In an interview several years ago with the Milton Magazine, David talked about beginning to develop his strength in playwriting at Milton. “I did a number of different kinds of writing, starting at Milton—in creative writing class, in English class. After we did a Fourth Class play, a classmate said ‘You know, we should do a Third Class Play,” … You’re the funny one; you write it.’ Not knowing any better, I did. And that’s how I became a playwright: Amy Stevens (’88) said ‘Go be one.’”

The Pulitzer Award statement chronicles David’s trajectory as a playwright beginning in 1999 with his first play produced by the Manhattan Theatre Club (MTC), Fuddy Meers. This play “has since received more than 300 productions around the country and abroad, including on London’s West End. Wonder of the World was produced at MTC after premiering at Washington DC’s Woolly Mammoth Theatre, where it was nominated for a Helen Hayes Award as Outstanding New Play of the Year. Kimberly Akimbowas commissioned and premiered by South Coast Rep and received the L.A. Drama Critics Circle Award for Playwriting, three Garland Awards and the Kesselring Prize before it opened at MTC in 2003. David is also currently working on the Broadway-bound musicals High Fidelity and Shrek. In addition to his work in theatre, David is writing the screen adaptation of the novel Inkheart by Cornelia Funke for Newline Features as well as a screen adaptation of his Kimberly Akimbo for Dreamworks.”

David returned to Milton to give the address at the graduation of the Class of 2000; he has stayed close to faculty members who were part of his Milton career, and hosted students in New York at productions of his work. David is a graduate of Sarah Lawrence College and the Juilliard School, as well as a proud member of New Dramatists, the Dramatists Guild and the Writers Guild of America.