Has the electoral system learned the lessons of Bush v. Gore? That’s the question posed to Josh Bone during the final round of the Montgomery Bell Academy Extemporaneous Round Robin Championship.

With the question in hand, the Milton Academy senior has 30 minutes to research his topic and develop a seven-minute extemporaneous speech. 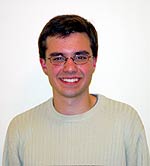 Josh, whose area of expertise is Southeast Asia takes his domestic topic in stride and heads over to three, 60-pound Rubbermaid® tubs. Filled with extensive files pulled from the likes of theEconomist, The New York Times and Foreign Affairs that Josh and his fellow Milton extempers have collected and maintained throughout the year, the contents of these tubs are the only materials available to Josh for the next 30 minutes.

Josh was invited as one of the top 15 speakers in the country to the Montgomery Bell event for the third year in a row. In nine preliminary rounds, Josh received 24 first ranks and three second place ranks. In the final round Josh broke a tournament record, beating the second place competitor by more than 25 points (usually the winner of the tournament wins by one or two points).

Extemporaneous speaking places a premium on eloquence and expertise in analyzing current events. Students must cite a wide variety of credible information on their chosen topic and be able to deliver direct quotes from their sources or paraphrase key remarks.

The only part of his speeches Josh memorizes is the first line. “It’s important to make a good first impression with the judges. Memorizing your entire speech is the kiss of death” explains Josh. “If you forget a line, it takes too long to get back on track.”

Extemporaneous speeches are judged on a number of criteria in addition to analysis of the question, including the effective use of sound public speaking conventions such as clear transitions, the utilization of effective language, communicative eye contact and good posture and poise.

For the past four years, Josh has earned an impressive competitive record. He finished second in the nation last summer at the National Forensic League Nationals in Atlanta. This year Josh has won every tournament; he has been ranked as the top extemporaneous speaker in the nation the top overall speech competitor in the country.

“In my 15 years of coaching, I have not seen a student compete at this level, says speech team coach Jenny Cook. “To draw a comparison, if he was a basketball player they would be drafting him into the NBA straight out of high school. Josh is simply a fine competitor and a great kid. I doubt that there is any other school or coach in the country that ever seen this kind of consistent success with a high school competitor.”

In the 30 minutes Josh was given to prepare his speech he has researched the topic, worked on a 3-point analysis, a summary conclusion and a humorous introduction. With a deep breath Josh steps in front of three judges and an audience of 500 to give his tournament winning speech, “I imagine you all remember those happy days in Florida….”