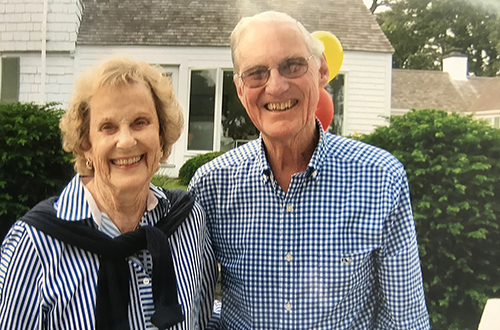 In the fall of 1945, Jack Robinson ’49 begrudgingly agreed to go on a blind date after his friend convinced him he needed a girlfriend for the Milton Sociable. The date was June Nordblom ’49, and soon they began corresponding via “George mail,” by having a janitor named George shuttle letters across Centre Street. Jack and June have been together more than 65 years; three of their four children and seven of their 11 grandchildren attended Milton.

Do you have an update you would like to share with the Office of Development and Alumni Relations? Email alumni@milton.edu for your chance to be featured on social media or in the alumni newsletter.