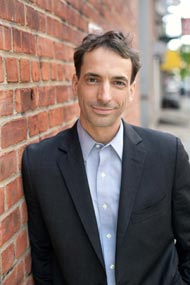 Paul Tough, author of the best-selling book, How Children Succeed: Grit, Curiosity and the Hidden Power of Character, will visit Milton on Tuesday, April 9, 2013.

Paul Tough challenges the common belief that intelligence, measured by test scores, is the sole indicator of children’s success. The research he cites in his book supports the argument that non-cognitive skills—or, character—are better indicators of success: curiosity, conscientiousness, optimism, self-control and grit.

A contributing writer to the New York Times Magazine, Mr. Tough is also the author of Whatever It Takes: Geoffrey Canada’s Quest to Change Harlem and America, which focuses on the steps necessary to improve the lives and education of underserved children. He has written extensively about education, parenting, poverty and politics. His writing has also appeared in The New Yorker, Slate and on the op-ed page of the New York Times. Visit Paul Tough’s Web site to learn more.

Paul Tough will speak to students in Classes I–IV on Tuesday evening at 6:30 p.m. in the FCC. Parents are invited to hear a lecture by Mr. Tough from 7:30 p.m. to 9 p.m. in King Theatre. Copies of Mr. Tough’s book will be available for purchase from Gillian Kohli P’13 ’14 at this lecture.