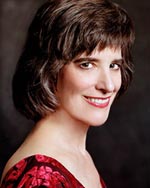 Cherry Rhodes, international award-winning organist, will visit Milton as a Melissa Dilworth Gold visiting artist on Sunday and Monday, November 16 and 17. Ms. Rhodes will play in Apthorp Chapel on Sunday evening, and during third period on Monday.

This is not Ms. Rhodes’ first visit to Milton. On November 12, 1971, Cherry Rhodes gave the second inaugural performance on the new George Sloan Oldberg Memorial Organ, which was dedicated on September 24, 1971, to the memory of George Sloan Oldberg, Class of 1954, and in honor of A. Howard Abell, a beloved teacher of music at the Academy.

Ms. Rhodes was the first American to win an international organ competition. This honor, awarded in Munich, Germany, was followed by another top international prize in Bologna, Italy. She has played recitals at the Cathedral of Notre Dame in Paris and at international organ festivals in Bratislava and Presov (Czechoslovakia), Freiburg, Munich, Nurnberg, Paris, St. Albans, Luxembourg, Poland and Vienna.  In addition to performances in International Bach Festivals in Paris and Marburg, Ms. Rhodes has given Bach recitals throughout the United States.

The organ in Apthorp Chapel was made possible by a generous bequest from Dr. Eric Oldberg of Chicago, Illinois. Built by Casavant Frères, Limitée, of Québec, the instrument is of French classic design and has mechanical key action with its 30 stops (40 ranks) disposed over two manual keyboards of 56 notes and a pedal of 32 notes. Ms. Rhodes’ performance program at Milton in 1971 featured works by Du Mage, Bach, Liszt, Allesandro Scarlatti and Jean Gillou. According to the Orange and Blue of December 1971, Ms. Rhodes performance “was exceptional both for its complete musicality and tremendous virtuosity.” On Sunday and Monday, she returns to an organ that figured brightly 37 years ago in her concert career.