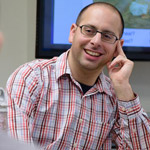 A Case for Fiction

As a teacher of literature, it concerns me when what is presented as news contains as much fiction as the novels I teach. To be fair, I’m under no assumptions that the world can be split into binaries as simple as “truth” and “lie.” Some of the most compelling works of literature intentionally blend the two (Tim O’Brien’s The Things They Carried). Similarly, many cable “news” programs, be they progressively-leaning (Upfront with Samantha Bee) or conservatively-slanted (Tucker Carlson Tonight), market themselves as more entertainment than reporting.

Amidst the deepening river of half-truths, alternative facts, truthiness, and arguments condensed to tweets, students need to be well-equipped to evaluate sources and analyze non-fiction.

In fact, experts suggest most teenagers struggle to differentiate reliable news sources from paid content masking as news. The line between fact and fiction seems to blur. As the world around us fills with vagueness, it is reasonable to wonder: why study fiction?

In this modern era when even presidential elections resemble fiction, it is increasingly challenging to hold fast to world views that simplify characters into binary views of “good” and “evil.” One need only turn on the news to see what feels like fanciful notions best found in the realm of fiction: clowns roaming the hillside, politicians undone by texts, semantics over what the word complicit means.

With so much “real-world” drama in need of analysis, it is reasonable to wonder: why not have students focus primarily on reading non-fiction? Why, as a Middle School, have an English curriculum heavily slanted towards fiction?

For one, there is a growing body of research that suggests that reading fiction has significant benefits. Recent studies conclude that the deliberate reading of fiction can, among other perks, improve brain function and expand one’s theory of mind. That growth greatly benefits students both inside and outside of the classroom.

I’ll leave the explanation of the neuroscience behind those findings to the experts. One of the experts in my field, writer James Baldwin, gets to the heart of the question in a less scientific way: “You think your pain and your heartbreak are unprecedented in the history of the world, but then you read. It was books that taught me that the things that tormented me most were the very things that connected me with all the people who were alive, or who had ever been alive.”

Baldwin seems to suggest that reading fiction has the potential to open worlds of understanding for students and forge a means of connection. Reading fiction helps students practice dwelling in the moral ambiguity they will face in this increasingly complex, ever-changing world. It is safer to question and push established views when dealing with fictional characters rather than with true life events. But it is through that questioning and analyzing that students come to understand the many perspectives that surround “truth.” Through that questioning, they rehearse the ways they might come to stand their own moral grounds.

Students can see shades of the police murder of Walter Scott in South Carolina by reading about the racist treatment of Tom Robinson in Harper Lee’s To Kill a Mockingbird. Atticus Finch becomes a stand-in for what advocacy can look like.

Students are unlikely to be manipulated by leaders in the same way as the livestock in George Orwell’s Animal Farm, but we surely want them prepared to question when leaders use rhetorical tactics and attempt to reduce complex policies to simply eliminating common enemies.

Students can discuss lessons from Lois Lowry’s The Giver – that memories matter in a society and need to be protected – as a means for solidifying their own views on the what responsibilities the press serve in a free society.

This might sound like a bunch of high-falutin nonsense except the research happens to support the idea. We’re unlikely to encounter the wizards and demons present in novels, but we sure need our students to decide who they can trust and who might want to drag them down. If we expect students to find their voice amidst a cacophony of voices clamoring for attention, then we need them to first experiment on safer ground. Reading fiction provides the fodder for which they can rehearse the moral and mental fortitude our society demands.
So, why fiction? Analyzing fictional texts helps students discover the schemas through which they come to process the world. It is one way through which we muddy our hands with moral complexity and join those hands with those around us.