All the world’s a stage, 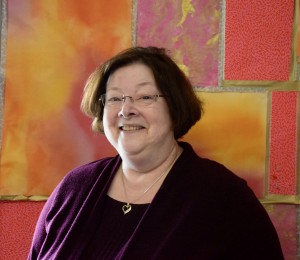 And all the men and women merely players;
They have their exits and their entrances,
And one man in his time plays many parts.

These words, from William Shakespeare’s As you Like it, remind us so vividly of the path of a teacher’s life.

“For a good teacher,” political speaker Brad Henry observes, “can inspire hope, ignite the imagination, and instill a love of learning.”

For a teacher, the classroom is filled with possibilities.

At first, the infant,
Mewling and puking in the nurse’s arms.

And yet, a novice instructor is capable of something no supercomputer has come close to achieving; figuring out ordinary human conversation in a noisy environment.

In my teaching infancy, I was slightly less messy than Shakespeare’s infant. But the difficulty of figuring out the conversations of my students was a challenge every day. In my case, I found child after child in search of meaning. Young children, I discovered, are voracious learners. Their learning inspired me to want to learn more.

Then the whining schoolboy, with his satchel
And shining morning face, creeping like snail
Unwillingly to school.

My first year at Milton Academy, I timidly grabbed “my books and satchel, and put on my shining face” and tried to understand the workings of a boarding/day school.

Coming from a public high school in Stockton, California, I was unfamiliar with the daily routines of a school that offered breakfast, lunch, and dinner.

Assigned to Hallowell House, I saw the boarding life for boys was rough, overwhelming, and at times intense. The chores that faced the ninth-grade boarders on my floor included staying on top of their homework, clothes-washing and getting used to the rituals for underclassmen. My duties included freshman English, Oral Interpretation, the Speech Team, and the 6th-grade play. Faced with these challenges I had to turn my fears into action. There was no denying my world had changed, but my spirits soared.

And then the lover,
Sighing like furnace, with a woeful ballad
Made to his mistress’ eyebrow.

Admittedly, there wasn’t much furnace sighing among sixth graders: Tom Sawyer may have been their most memorable friend. In 1985, I directed a production of Tom Sawyer at Milton Academy. Ben, my whitewashing lead, was not ready to steal a kiss from Becky. At that moment I knew that directing, this player’s role, was to lead each child to the right entrance. And on the right cue.

Each potential student holds a dream in their heart to succeed. A wonder, a possibility of ideas to come. Passion, I discovered, comes in many forms: a discovery of perspectives that we can share with others.

In 1988, Bren, a member of the Milton Academy Speech Team, performed the play, On Tidy Endings, by Harvey Fierstein, and won the NSDA National Championship. Through her rehearsals and performances, she and I discovered a tale of grief which led us to a deeper understanding of her character’s loves and losses.

Together we saw a new way to understand.

Then a soldier,
Full of strange oaths and bearded like the pard,
Jealous in honor, sudden and quick in quarrel,
Seeking the bubble reputation
Even in the cannon’s mouth.

One of the first lessons you learn at any stage is that all drama is conflict.

The answers are never easy.

Scott portrayed Norman Bulansky, a character, in the play The Boys Next Door. Norman is a middle-aged man with mental disabilities who works at a donut shop—battles unfamiliar to Scott. Scott’s rehearsal journey led all of us to look at the true meaning of bravery. How does one create a fulfilling life when confronted with so many challenges?

And then the justice,
In fair round belly with good capon lined,
With eyes severe and beard of formal cut,
Full of wise saws and modern instances.

A classroom should be a place for social change. Through the give and take of daily lessons, a teacher can promote and accelerate the sharing of new ideas. Throughout my 45 years in the classroom, I have learned many lessons from my students. Their words have always taught me.

In my 2016-2017 seventh-grade, all-girls English class, the words of one student will remain in my heart forever. We were reading I am Malala. Jana, a Muslim student, respectfully listened to her classmates hear the words of a young girl thousands of miles away as she found her voice. At one point during our discussion, Jana discovered her voice; she spoke about the political terrorism Malala faced in her home village. Jana knew about the injustice Malala faced each day.

And so, she played her part.

The sixth age shifts
Into the lean and slipper’d pantaloon,
With spectacles on nose and pouch on side;
And whistles in my sound. Last scene of all,
That ends this strange eventful history.

The 6th grader turns quickly into the senior and graduates and disappears with wishes of luck, hope, and so many possibilities, their place in the world to be determined.

Sometimes their return to Milton Academy is through their children, who show up in my classes as their parents return to visit on Parent’s Day. The cycle of life.

It is a privilege to see where my young students have gone and how their wisdom is passing to the next generation.

David, a speechie and dramatic artist, turned his writing talents into a Pulitzer Prize-winning career.

Yoshi, a young leader, is using her speech skills to become our new Milton Academy Middle School Speech Director, Coach and Teacher, and I couldn’t be prouder.

Austan, a brilliant extemper is turning his curiosity of current economic dilemmas into predictions of future solutions.

“A teacher does affect eternity,” our connections turn quests, questions, and inquiries into new unfolding histories with endless possibilities.

I am so grateful to have been a small part in the evolution of many lives.

From infancy to adulthood, the journey is magical.

With help from:
My Parents, and Brother Bob
William Shakespeare
Randall McCutcheon
Dale DeLetis
My Students
My Colleagues