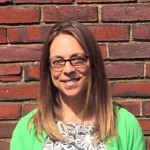 More than just a Friendly Face

And my best friend and I were tired of hearing this all the time: “Maybe you girls need to branch out and make different friends. You can’t rely on each other forever!” Was that true? I didn’t know, and I didn’t really want to think about it, either. A boy in our class—Chris, let’s call him—was pretty awful to one of us. Thirty years later, neither of us remembers which one. His torments took the form of typical ‘80s-style bullying: name-calling, poking, flicking, spitballs, mean (paper) notes, you get the idea.

What we both do remember is sitting in her room and coming up with a list of things to do and comebacks that would (we hoped) outsmart, outwit, and confound Chris. We were upset, sure. But while making that list, we laughed so hard and so long at some of our ideas—very few of which held the intellectual wittiness we were going for—that in the end, it simply did not matter. It didn’t matter who was the insulted one, nor did it matter what specific responses we thought up. In the end, the action of coming together and laughing about something that could have easily been traumatic and lasting became cathartic and positive. We were left with no negativity toward Chris, and more bonded and empowered to take on ever-increasing challenges to our emotional well-being.

Fast-forward to a talk I attended at my son’s school two years ago with Dr. Michael Thompson, a child psychologist. Dr. Thompson looked confidently out at the crowd of parents and told us that some children thrive when they’re surrounded by a big bunch of friends, while others thrive with one close friend, and both are equally valid and effective when confronting social and emotional challenges. Both equally valid! All those spring terms of my friend and I pretending we were “growing apart” in an effort to get placed in the same homeroom, all those years of advice from teachers and parents to branch out, and yet when it comes down to it, Thompson asserts, children need only one peer’s friendly face in order to feel good, even look forward to, entering school in the morning.

In the advisory program I use, one of the activities asks the students to identify (anonymously) what they value in close friendships. The most common response over the last two years? “Someone I can trust.” Trust is a serious thing! Because I am immersed in YA literature, I know that many of the stories the sixth graders connect with involve relationships grounded in trust. I never really thought about that before. . . but I suppose that’s by design. Sometimes the characters’ trust is broken, and they must struggle to navigate that breach of friendship and decide whether the relationship is reconcilable. Rosalind Wiseman’s curriculum centers around a concept she calls “SEAL,” an acronym for one way to approach friendships in which trust has been betrayed (Stop, Explain, Affirm/Acknowledge, and Lock—to lock in or lock out the friendship for the time being). Characters in YA novels apply this all the time! Clearly, Wiseman must be on to something.

Students are using as much of their brains at this stage in their development to navigate their social worlds as they are to learn new academic concepts. In fact, I’ve even read a few child development theories that put forth the argument that young people in this phase of life aren’t really absorbing new knowledge in a meaningful way, because the part of their brains that is growing with incredible rapidity (cortex) is busy building deductive reasoning skills and problem-solving abilities (metacognition). This part of the brain is developing so quickly that the ability to hold short-term information (working memory) decreases for a time.

At this point, relationships become more nuanced, abstract thinking becomes more accessible, and as a result, they are able to think outside themselves in new ways, which has all kinds of positive effects (empathy!), but it can also acutely heighten that all-too-memorable feeling of self-consciousness. That act of imagining outside oneself can manifest in worrying how the self is being perceived. It is precisely because of this hyper-self-awareness that students need positive, supportive friendships. In one study, researchers followed 169 people for 10 years, starting when they were 15 years old. Participants brought their closest friend into the study with them, and were asked a variety of questions about their relationship; as well, they were asked to self-assess for feelings of anxiety and depression. By the end of the study, the participants who had the strongest emotional relationships with their close friends (and who kept the same friend throughout the time of the study) not only exhibited less depression and anxiety than they had ten years prior, but also felt a greater sense of self-worth.

“[They were asked] how much trust there is, how good communication is and how alienated they feel in the relationship,” says Rachel Narr, the lead author on the study and a doctoral student in psychology at the University of Virginia. The researchers also looked at how popular or well-liked the participants were among their peers at 15 or 16, but the only factor that had a significant correlation with the noted drops in depression and anxiety was the presence of those strong friendships. One researcher posited that the strongest friendships act as a “buffer” for potential negative peer feedback, which, as we all know, can be a big challenge in middle school.

Data and research aside, I see the immediate effects of strong friendships every day in sixth grade. Learning to lean on a friend, how to support someone in need, and how to handle a need for a friend when it doesn’t come naturally . . . this is all part of the process of growing into adulthood. The path is never completely smooth, and we are all still learning to adjust to different personality types. Even though my friend and I are now separated by a time zone and see each other only once a year if we’re lucky, we can pick up right where we’ve left off. It’s almost like no time has passed at all. And truly, there is some satisfaction in the shift from hearing, “Maybe you girls need to branch out and make different friends. You can’t rely on each other forever!” to “It’s so nice you both have each other. To be friends for so long! Do you know how lucky you are?” The answer, if you ask me, is a resounding “yes!” I hope that in the way I model this friendship for my students, they will see that great friendships are timeless and valuable, and that they should never take trust for granted.