The Learning of Science Begins With Why? 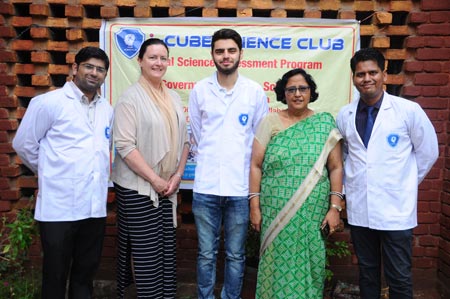 Born in India in 1999, Lakshya Pawan Shyam Kaura travelled to USA and studied at The Martin Luther King School in Cambridge, Massachusetts. At an early age, Lakshya showed a keen interest and proficiency in science. Currently residing in Old Faridabad, Haryana, India, Lakshya founded i-Cube Science Club in 2011 and since 2012 has been conducting experiments in nearly one hundred underserved schools in Faridabad and Ballabgarh blocks. He has developed official curricula for Haryana state government (2014) and Afghan schools (2015), conducted teacher training for Haryana, Karnataka, Tibet government-in-exile and Afghanistan teachers, and developed a novel method of learning science for students of low socioeconomic status. His interest in science and science education led him to devise a pedagogical explanation for the Doppler Effect which was published in The Physics Teacher, a journal of the American Association of Physics Teachers (2017). When he is not learning or teaching, Lakshya is a committed inventor solving everyday problems. Australia Patent Office granted his first patent at age 16, placing him amongst the world’s 50 youngest patent holders. Honored as National Innovator by two Presidents of India (2012, 2016), he was placed amongst top 10 innovators in Australia and Asia by Google Science Fair (2013) and third globally in both IDEAS and PROJECTS categories in a UNESCO partnered innovators’ entrepreneurship contest (2016). His other interests include exploring Sanskrit classics and sculpting artifacts. Indian Patent Office has registered Lakshya’s thirteen artifact designs (2015).

Partnership with the Saturday Course 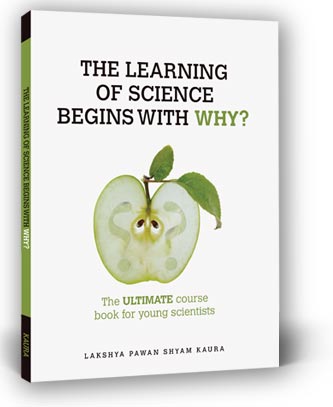 With joy and enthusiasm, we share with you The Learning of Science Begins with Why? The Saturday Course at Milton Academy has partnered with author Lakshya Kaura to bring his book to life and into the classroom. Lakshya is a young science teacher in Ballabgarh, Haryana, India. He was recognized as one of the top-ten innovators across Australia and Asia by Google Science Fair in 2013 and honored as a National Innovator by two presidents of India.

A flagship program for Milton Academy’s commitment to authentic engagement between independent and private schools, The Saturday Course was established in 1978 and has continued to grow since. One thousand students are currently enrolled in the program. Beginning as a Saturday Course teacher nearly 25 years ago, Kristan Burke became Director in 2007 and has led the program since. She is proud of its impact on academically advanced students from throughout the Boston area.

Lakshya’s book includes science experiments that work well because of their accessibility and inclusion of inexpensive, everyday objects. With similar resourcefulness, Saturday Course students will experiment, analyze and share the results with their peers from Ballabgarh, India. With thousands of miles between the classrooms, the experiments are the same—but will the conclusions be as well? Students: Sharpen your pencils and get ready to ask Why?