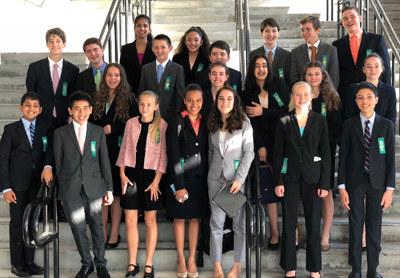 For the second year in a row, the team, led by faculty members Yoshi Makishima and Debbie Simon, received a School of Excellence Award by the NSDA, marking Milton as one of the highest point-earning teams in the tournament.

Three students made it to the final rounds, where Karol Querido (Grade 8) received fourth place in prose reading; Nika Farokhzad (Grade 7) finished in fourth place for declamation, an event in which the student prepares and delivers an excerpt of a speech previously performed in public; and Neha Modak (Grade 8) received a third-place honor for impromptu speaking, in which students select three prompts at random from an envelope and deliver a speech in reaction to one of them within seven minutes.