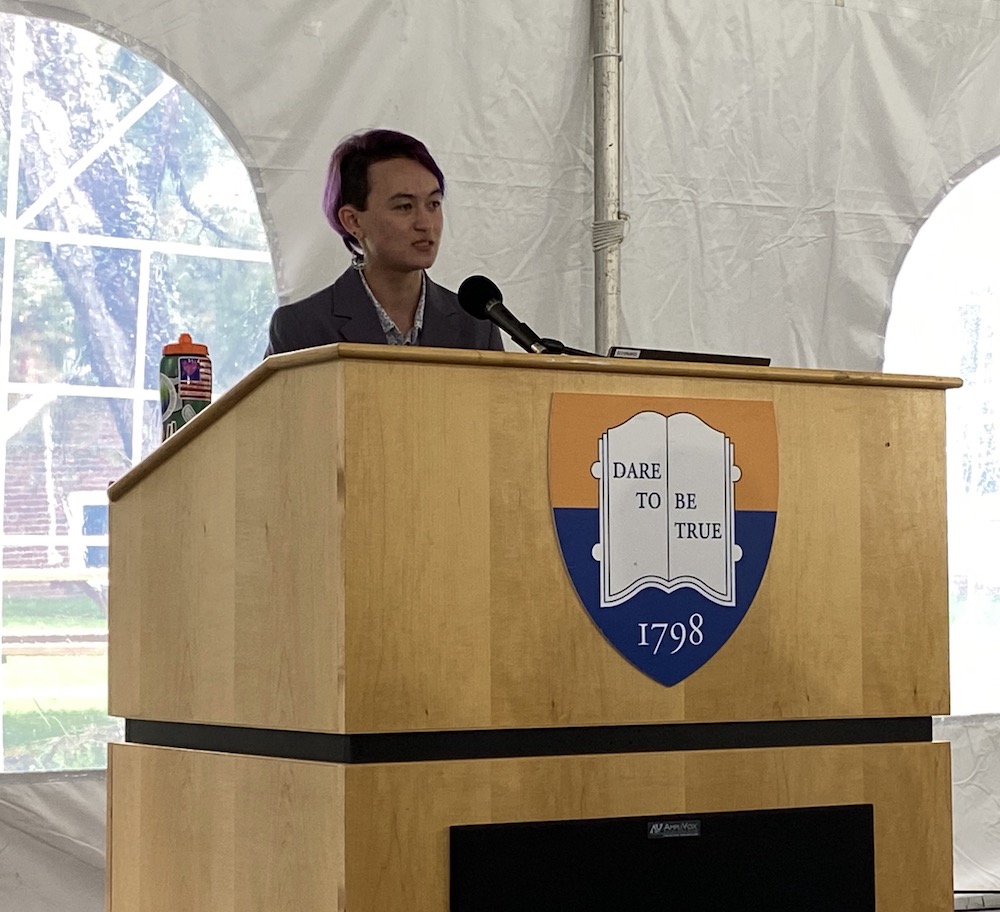 Institutions “can and should outgrow” binary structures that uphold outdated and oppressive ideas about gender, Milton graduate Ky Putnam ’18 told students this week.

“To treat people differently is to create division,” Putnam said during programming for Class I and II students. Everyone benefits when inclusion is expanded, even if they’re not directly affected, they said.

Putnam, who attended Milton from kindergarten through graduation, first came out as nonbinary during their Class IV year in the Upper School. As they developed their understanding of their gender identity, Putnam took note of the programs and spaces at Milton that were separated by gender—housing, bathrooms, sports, and a since-discontinued 7th-grade English program that separated boys and girls. “I couldn’t shake the feeling of not belonging,” they said.

“There are a lot of things you can do on a person-to-person level. You can talk to your peers, you can make announcements at assembly. You can change the culture just with the people around you.”

Now a student at Bowdoin College studying sociology and education, Putnam said they appreciate Milton administrators for listening and making changes to accommodate transgender and nonbinary students. They encouraged current Milton students to work with one another and with adults at the School to keep progress moving forward in inclusion for people of all genders. Institutional change takes time, but cultural change happens through conversation and relationship-building, they said.

“Pushing for change is about making the system better for everyone,” they said. “Institutions will never move as quickly as we want them to, but here’s the thing: Systems and institutions are not singular entities. They’re made up of individual people.

“One of the beautiful things about Milton is how accessible those in power are to you,” Putnam continued. “There are a lot of things you can do on a person-to-person level. You can talk to your peers, you can make announcements at assembly. You can change the culture just with the people around you.”