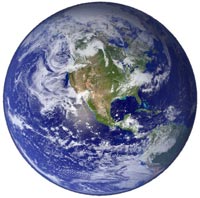 Just like the Boston Marathon, the Charles River begins in the town of Hopkinton. It meanders 80 miles through 23 towns before it reaches the ocean in Boston Harbor. Bryan Dore, who was on campus as the Lorax Speaker for the Earth Day assembly, explained to students how the river went from one of the most polluted in the country to one of the cleanest. He is the director of the volunteer monthly monitoring program at the Charles River Watershed Association.

Mr. Dore’s team of 80 volunteers takes river samples from 35 locations once a month and uses that data to inform municipal, state, and federal agencies “the outcomes of the choices they are making” in regards to laws and policy. This year, the Environmental Protection Agency declared the Charles the cleanest urban river in the country and rated it an “A” on the annual report card. In 1995, the river received a “D-.”

“That improvement is a function of awareness,” said Mr. Dore. “We’ve taken those samples and made people aware and that affects change. People are connected to the river; it’s their home. They walk along it, they live along it, they want to fish in it, and they want to swim in it. So we’re at really good point. Mission accomplished? Not so much. We’re an expanding city. What about other challenges like climate change? What do we do? Rising sea levels in Boston will be an issue we have learn how to deal with.”

Mr. Dore also talked about the humble origins of Earth Day and how four major “tools” grew out of the initiative-the Environmental Protection Agency, the Clean Air Act, the Clean Water Act and the Endangered Species Act.

“Earth Day is more than just an idea, more than just a day where we talk about protecting about the Earth we live in. It’s a tool. Earth Day is also a good way to start to think about what you can do. You can volunteer and help create the data that affects change. Or participates in trash pick-ups. Voice your opinion. Talk to people like politicians. Ask questions. That drives the conversation. And don’t forget to vote to support your views.”

Named for the Dr. Seuss character that “speaks for the trees,” Lorax is a student group established in 1987 that raises awareness of the environment and our responsibility as stewards.