Mert Bayturk Dominates on the Mat 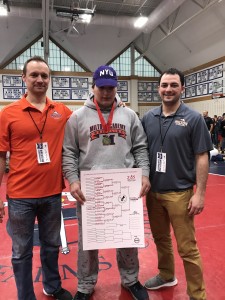 Mert Bayturk ‘19 won an astounding three heavyweight wrestling championships over the past three weekends—the Northern New England Championship, the ISL Championships and the New England Championship. After competing in the 220-pound weight class the past few years, Mert found his groove this year by competing against other heavyweights (285-pound weight class). This weekend, he heads off to the Prep Nationals at Lehigh University, where he will compete against other heavyweights from private schools from across the country.

Mert started wrestling the summer before his freshman year at Yaşar Doğu Spor Salonu, a wrestling club in Ankara, Turkey, where he spends the summers with his family. He says what he loves about the sport is that it’s “like a chess game, involving strength and technique.” Before his junior year, he sought outside opportunities to wrestle, establishing a connection with the well-known wrestling club, the Dungeon Training Center in Hanover, Massachusetts.

Mert said he focused on gaining weight by increasing what he ate and lifting weights to move up to the higher weight class. “My mentality about wrestling shifted. I have a lot more willpower and desire to push myself. I’m really happy competing at this level.”

As Mert says, he was pretty much an unknown in his weight class before these tournaments. 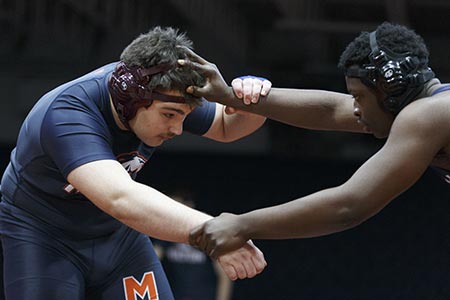 Assistant coach Bill Hamel agrees. “The seeding committee had a challenging time placing Mert in the brackets.” Bill says. “The challenge arose from the fact that Mert had apparently come out of nowhere, a true underdog. Last year Mert wrestled a few matches for us at 220 pounds, but not much more than that.”

This week, Mert is busy preparing for this final tournament of the season. “Mert has the fifth seed going into the national tournament this weekend, with the sixth and seventh seeds being wrestlers that Mert has already beat this season,” says head coach Mike Martini. “We are very proud of his accomplishments thus far, but by no means is this over. The biggest obstacle is yet to come and we are looking forward to it.”

Mert is headed to New York University next year where he plans to wrestle.