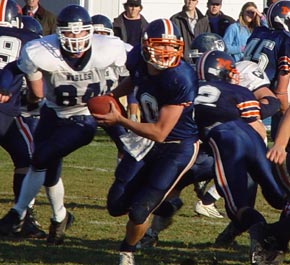 For more than a century, Milton’s arch athletic rival has been found in neighboring Noble and Greenough School. Six inches of snow stymied the traditional day of competitive fun between the schools. The rescheduled primary attraction–the heated football contest between the Bulldogs and the rough and resilient Milton Mustangs–occurred under more clement conditions on November 17. A stampede by the wild Mustangs left the Bulldogs howling in defeat as the sun set in Milton. The final score: Milton 27, Nobles 0.