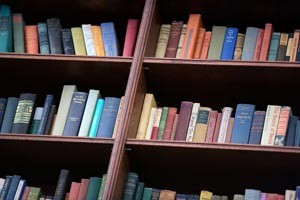 A “tough contest” is how English faculty member Lisa Baker describes the Bennington College Young Writers Award. But Letitia Chan’s (II) collection of poems stood out in over 2,000 entries and she was awarded the first place poetry prize, a tremendous accomplishment.

Her poems cover topics such as a distant relationship between a mother and daughter to a grandfather who favors men over women, but only has granddaughters. “Most of my writing is only partly autobiographical. Often it is a version of something or an experience I took inspiration from,” says Letitia. She gives credit to Ms. Baker’s Advanced Creative Writing class and the workshop style of the classes where students receive “amazing feedback” on their work.

Letitia’s work was also recognized in another national contest, the Nancy Thorp Poetry Contest, where she earned a runner-up award.

A young poet in terms of national student prize-winners, Andrew Chan (III) received a Silver Medal in the national Scholastic Art & Writing Awards for his poem “Falling Asleep.” “I was pleasantly surprised when I won. It was my first swing at poetry in Creative Writing class. I have to thank Ms. Baker and the class for the guidance and feedback that shaped the poem as it is.”

Andrew says the poem grew as he “muddled through ideas” and decided to focus on falling asleep since around that time he was not sleeping well.

“In that hazy half-sleep, I was stuck thinking about the events of the day, the events of the past, and more specifically, what I could have done differently. This feeling (regretting my inaction, my lack of carpe diem) started fueling the writing and language in the poem … I chose to center the poem around a particular moment: a girl that I didn’t have the nerve to talk to. A poem about falling asleep ended up speaking to an issue I was wrestling with subconsciously. It’s a quiet poem, a naive poem, but a poem, I hope, that’s authentic.”