Mustangs Take to the Ice in Premier Prep Tournaments 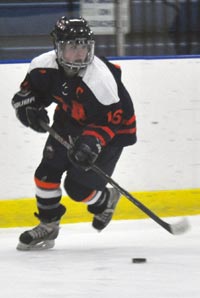 Every holiday season, the best talent in prep school hockey gathers on the rinks of Milton and Nobles for a chance to claim the coveted championship titles of the Flood-Marr Tournament and the Harrington Invitational Tournament.

Now in its 49th year, the Flood-Marr Tournament is a three-day competition for boys’ teams, which this year includes Deerfield, Kimball Union, Salisbury, Nobles, Hotchkiss, Phillips Andover, Westminster and Milton.

On the same weekend, the top girls’ talent take to the ice at Milton and Nobles to compete in the 33rd Annual Harrington Invitational. Milton will skate against BB&N, Westminster, Williston-Northampton, Nobles, Lawrence, Pomfret and St. Mark’s.