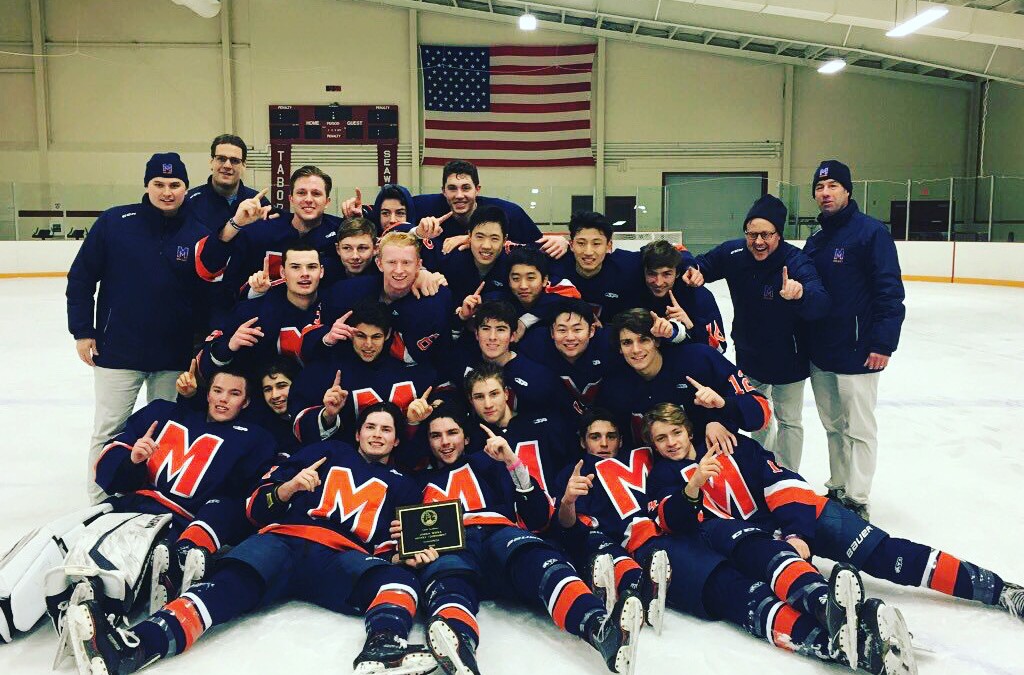 Over the first weekend of 2020, boys’ varsity hockey took to the ice against strong opponents in Tabor Academy’s New Year’s Tournament. On the first day, they beat St. George’s 4–2 and then Winchendon 6–3, setting them up for the championship game against Pomfret.

In an exciting game, senior forward Tyler Crist shot Milton’s two goals against Pomfret—one shorthanded to start the scoring and one on the power play to make it 2–0. Pomfret scored with 1:20 to go in the third period but Milton held on for the win (2–1). Milton also saw some stellar goaltending by junior Chris Demers, who turned back 26 of 27 shots that he faced.

Milton is now 6–5–1 for the season. This is their second Tabor Tournament Championship in the last three years.

END_OF_DOCUMENT_TOKEN_TO_BE_REPLACED 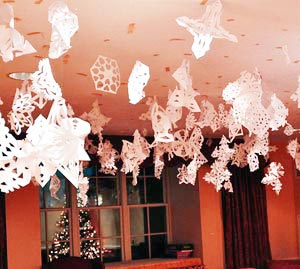 For boarding students, the winter holidays at Milton are a time to celebrate, have fun, and bond together in the houses and as a boarding community, culminating in a boarder dinner just before break.

Each house has its own way of making the season special. “It really brightens the shortest days of the year and gives students an opportunity to give to one another,” says Millet House head Linnea Engstrom of the holiday traditions.

Wolcott boys decorated right after Thanksgiving, house head Joshua Emmott says. Tradition holds that Class IV students put up wreaths, while seniors string lights in the shape of a “W.” Perhaps not surprising to parents of teenage boys, a significant amount of food is involved in Wolcott’s celebrations.

END_OF_DOCUMENT_TOKEN_TO_BE_REPLACED 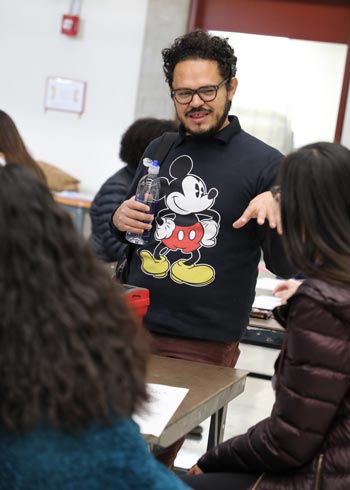 Raúl the Third, an illustrator, author and painter, found his first artistic inspiration in a library.

Born Raúl González in El Paso, Texas, the artist explained that his mother—frustrated with staying in a tiny apartment with three young boys—dragged the family to a public library. Mr. González recalled two sensations he would love forever: air conditioning and the smell of books.

He and his mother got to know the librarians, who would recommend books that helped them learn English. One time, a librarian asked Mr. González to describe a book.

“She said, ‘If you can’t tell me what your favorite part was, why don’t you draw it for me?’” he recalled in a talk with visual arts students during the Nesto Gallery assembly. “From that point on, every time I read a book, I created an illustration for it.”

END_OF_DOCUMENT_TOKEN_TO_BE_REPLACED 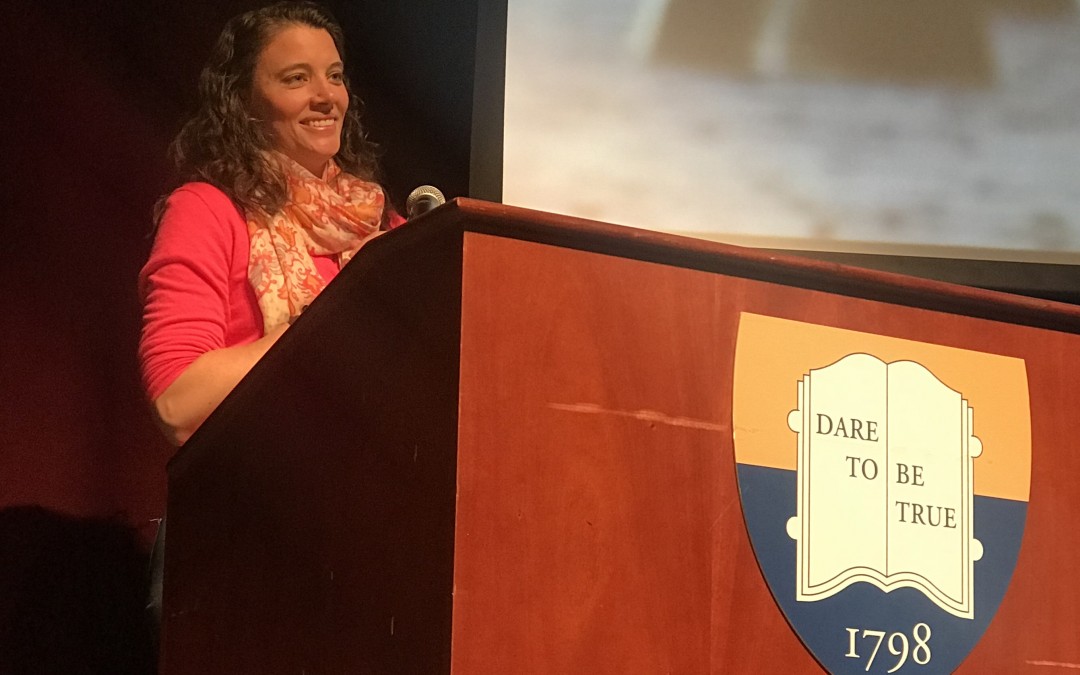 It is okay to take risks, get outside one’s comfort zone, and make mistakes, Deidre Dunn ‘95 told students during the Investment Club and Invest in Girls Assembly. Deirdre is managing director and co-head of global rates at Citi.

Deirdre said that even though she considers herself an introvert and dislikes public speaking, returning to campus to talk about her career was an easy decision.

“But not insignificant in my decision is something that I used to do by accident, but now I do on purpose. I pursue things that make me uncomfortable. You could almost say, I have gotten really comfortable being uncomfortable. And it has been incredibly powerful for me.”

END_OF_DOCUMENT_TOKEN_TO_BE_REPLACED 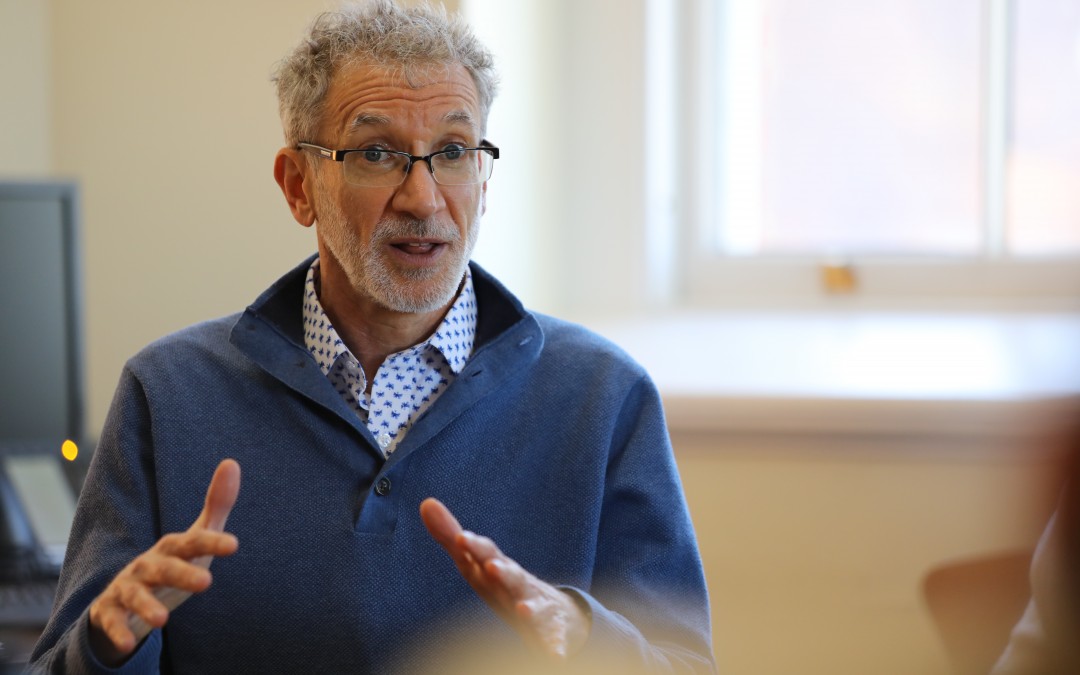 New York City’s vulnerability to rising sea levels and storms goes back to its earliest days, historian Ted Steinberg told history students during the 2019 Heyburn Lecture. Mr. Steinberg is the Adeline Barry Davee Distinguished Professor of History at Case Western Reserve University, and his work focuses on the intersection of environmental, social, and legal history.

Although, many residents were caught off guard by severe flooding during Hurricane Sandy in 2012, Mr. Steinberg said the “seeds of New York City’s expansion at the expense of the sea had been planted in the early years.”

END_OF_DOCUMENT_TOKEN_TO_BE_REPLACED 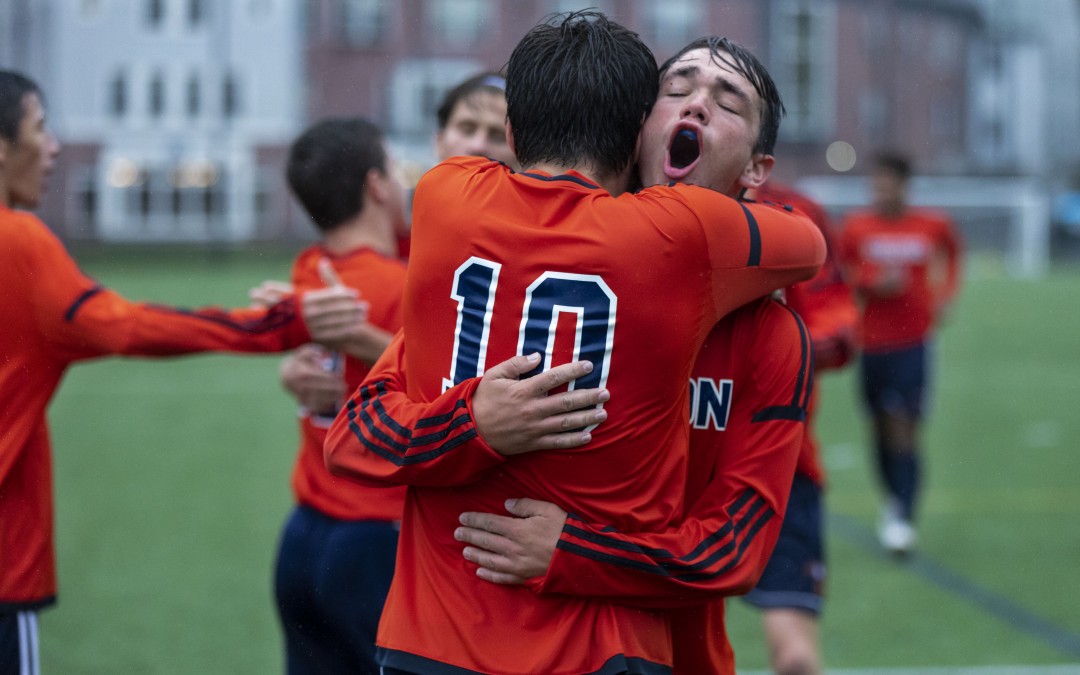 Boys’ varsity soccer had an exciting and standout season. The team was undefeated in the ISLs (12-0-3) clinching the ISL championship title in the game against Noble and Greenough, another undefeated ISL team that came into the match with a one-point advantage in the standings.

“Winning that game was the most incredible experience of my time here,” says David Walley ’20. “In those last five minutes of the game, we were tied and I felt it was going to be like other years, with us coming in second, every time.” But in the last minute of the game, Aidan Farwell ’21 scored the winning goal and the home crowd was exuberant.

The beginning of the season (overall record 13-2-3) started off a bit sluggish for the team.

We had high expectations at the beginning of the year,” says Noah Jackson ’20. “We thought winning would just come to us. But a couple of early losses opened our eyes. We had a team meeting about expectations versus reality. We changed our approach to focusing one game at a time and then went on to be undefeated in the next 15 games or so.”

END_OF_DOCUMENT_TOKEN_TO_BE_REPLACED 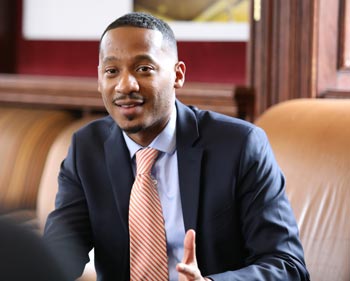 When an act of legislation ends legal discrimination, it does not automatically end oppression or abuses of power, scholar and activist Jamal Grant told students.

“It’s not enough to change bad laws and bad leaders,” said Mr. Grant, who spoke at an assembly hosted by the student clubs SIMA (Students Interested in Middle Eastern Affairs) and Amnesty International. “We have to change the systems that keep bad leadership in power.”

END_OF_DOCUMENT_TOKEN_TO_BE_REPLACED 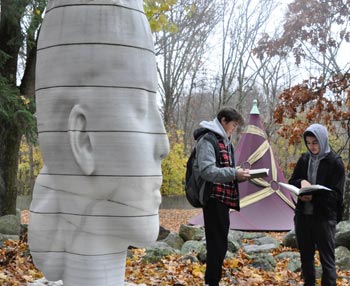 Sculpture Class Takes a Walk in the Park

END_OF_DOCUMENT_TOKEN_TO_BE_REPLACED 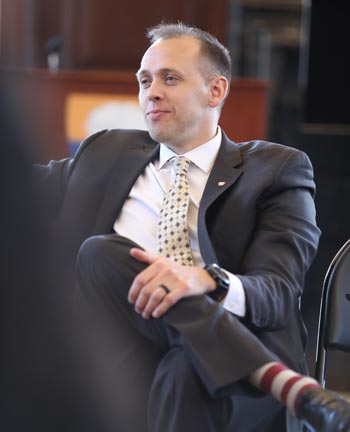 Lessons in Service and Leadership from Army Captain Nick Morton ’02

Nick Morton ’02 was a few weeks into his senior year at Milton when the terrorist attacks on September 11, 2001, stirred in him the need to serve. Before graduating from high school, he enlisted in the U.S. Army Reserve—and began a lifelong military career.

Now an Army Captain, Nick was the 2019 Veterans Day speaker.

“We spent the days and months trying to process what had happened” after the terrorist attacks in 2001, he said. “I can’t speak to what my classmates felt at that time, but for me, it began to synthesize this sense that I wanted to become part of something bigger than myself. I started wondering if I had something to give, if I could be of value.”

END_OF_DOCUMENT_TOKEN_TO_BE_REPLACED 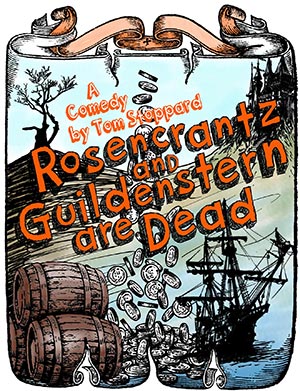 Two minor characters from one of the most well-known tragedies in theater history take the comedy spotlight in this year’s fall play, Rosencrantz and Guildenstern are Dead. The 1966 Tom Stoppard play follows the story of the title characters, messengers from Shakespeare’s Hamlet, who are bewildered by the events around them.

“The entire play is from their point of view, and tries to explain who they are, but they don’t even know,” says performing arts faculty member Darlene Anastas, who is directing the show. “They don’t get their names straight. They know they’ve been sent for, but they don’t know why. You ponder life and death with the characters, but it’s really very funny.”