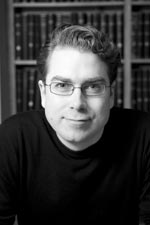 J. Peter Scoblic ’92, who looks forward to addressing the Class of 2010 at graduation, is a senior professional staff member on the Senate Foreign Relations Committee, where he is currently working on ratification of the New START treaty with Russia. Prior to joining the committee, he was the executive editor of The New Republic, where he served in various capacities for seven years. He has written and spoken widely on national security issues, and in 2008 Viking published his book, “U.S. vs. Them: Conservatism in the Age of Nuclear Terror,” which the New York Times called “an incisive intellectual history.” Before joining The New Republic, he was the editor of Arms Control Today, a journal covering efforts to prevent the spread and use of weapons of mass destruction. He graduated from Brown University, where he was editor-in-chief of the Brown Journal of World Affairs.