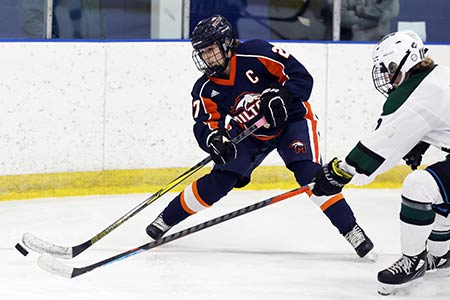 Every year at this time, the best teams in independent school hockey descend upon the rinks of Milton and Nobles for a chance to claim the coveted championship titles of the Flood-Marr Tournament and the Harrington Invitational Tournament.

On the same weekend, top girls’ talent takes to the ice at Milton and Nobles to compete in the 41st Annual Harrington Invitational. Milton will face off against Nobles, Lawrence, St. Paul’s, St. Mark’s, BB&N, Westminster, and Williston-Northampton.