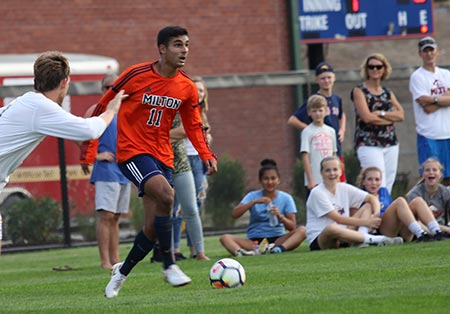 While the varsity team has enjoyed tremendous success in recent years, the Milton boys’ soccer program is much more than one team. The high school program fields four competitive teams and aims to provide a competitive and coaching intensive experience for players of all ability levels. The emphasis on player development—within a structure that is consistent with the goals and philosophy of the varsity team—allows athletes to develop and learn the systems and terminology that they will need to progress through the soccer program at Milton. At every level, the teams are led by experienced and capable coaches dedicated to creating a fantastic experience for all of their athletes.

Coach Kane would like to encourage prospective Milton students who are interested in soccer to reach out to him by email (chris_kane@milton.edu) or to check the calendar on the web and come to see a game at Milton. We are sure you will find the competition against ISL and NEPSAC teams to be exceptional and we trust you will enjoy the brand of soccer we play at Milton! 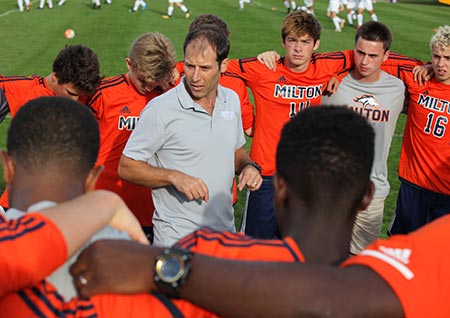 Chris Kane begins his twelfth year as the head boys’ varsity soccer coach. In his first year at the helm, the Mustangs were awarded the Fritz Weidergott Trophy as the most improved team in the league. In each of the last seven seasons, the team has qualified for the Class A New England Tournament. In the 2015 season the team finished with an unblemished record of 22-0-0 and won both the ISL Championship (Gummere Cup) as well as the Class A New England Championship (Stewart Cup). That year, the team was also honored to receive the ISL Sportsmanship Award (Blood Trophy) as voted on by league players. More recently, the team won the 2019 ISL Championship was a finalist in the Class A New England Tournament. In the spring of 2014, Coach Kane was awarded The Marijke D. Alsbach Coaching Award, awarded annually at Milton for outstanding coaching as well as dedication to a program and to student athletes. He also serves as the league president of the ISL soccer coaches.

Coach Kane has worked at Milton since 2005 and serves as the director of financial aid. Prior to coming to Milton, he coached the boys’ varsity soccer team at Cheshire Academy and he holds both National and Advanced National Diplomas from the National Soccer Coaches Association of America (NSCAA). He is a graduate of Phillips Academy Andover where he was the Boston Globe New England Prep Player of the Year in 1998. He went on to play for all four years and serve as captain of the soccer team at Amherst College, while also playing on the lacrosse and squash teams. He holds a Master in Education degree from the Harvard Graduate School of Education.

Coach Lewis begins his second year at Milton as an Assistant Director of Admission and as the assistant coach of the Varsity Soccer team.  In his first season he helped lead the team to an ISL Championship and a berth in the New England Class A Final.  A Milton alumnus and former captain, Coach Lewis was a standout leader and athlete during his time at Milton.  As a senior, he helped guide the team to an undefeated regular season and was named the Boston Globe ISL Defensive Player of the Year.  Coach Lewis went to enjoy a highly successful four year career at Amherst College where he helped the team earn its first and only National Championship in the fall of 2015. 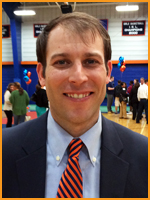 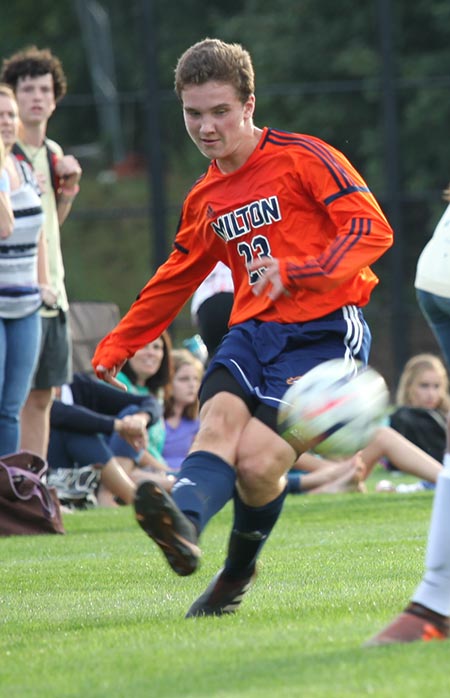