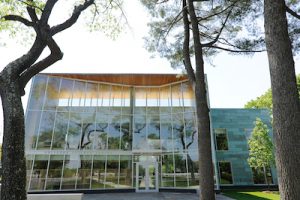 Students Thea Chung ’21 and Oliver Weissleder ’21 recently became published scientists, as their research into how water acidity levels affect organisms’ feeding patterns was featured in the Journal of Emerging Investigators.

Chung and Weissleder completed an experiment as juniors in their Honors Biology class in which they observed the consumption of food by the single-celled protozoans Tetrahymena pyriformis under varied pH levels. The organisms, which live in ponds, lakes, and streams, exist at the bottom of the food chain.

“The results were really clear. We saw an interesting trend that revealed that the tetrahymena ate less and less as the acidity increased, which is valuable information because this small organism functions as a model in a lot of biological research,” Chung said. “Although it’s so simplistic, it can mimic the biological functions of other, larger organisms.”

The students also observed that the tetrahymena would move less if the acid level increased, and the decline in mobility prevented it from reaching its food. “If more acidic environments prevent the tetrahymena from completing its biological processes, it could have implications on the food chain within ponds and streams,” Chung added. “If it doesn’t do its part, then organisms larger than it can’t do their part.”

It’s important to understand the effect of acidity on water supplies, Weissleder said, because as more carbon dioxide enters the atmosphere, water acidity levels are on the rise. “It’s happening now,” he said. “It’s particularly relevant in the oceans because they absorb so much of the CO2 being pumped into the atmosphere.”

Science Department faculty member Elizabeth Lillis served as the students’ faculty sponsor as they submitted and edited their article, “Low environmental pH inhibits phagosome formation and motility of Tetrahymena pyriformis,” for the Journal of Emerging Investigators, which reviews and publishes research by students at the middle school, high school, and college levels. The process of getting the article accepted and edited is a long one—Chung and Weissleder began more than a year and a half ago—but valuable, they said.