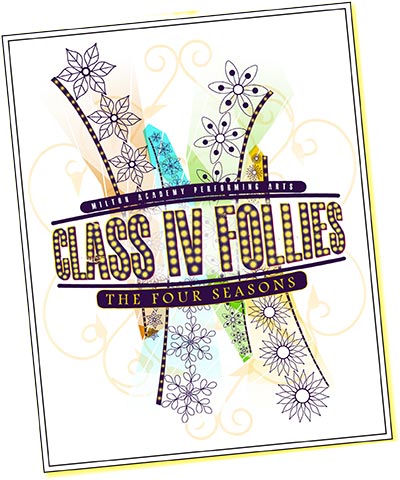 This is the second year for the Class IV Follies, a revue of songs and scenes performed by Class IV students. The theme this fall is “The Four Seasons,” and the show will cycle through a year, beginning in spring. The performances range from acting to singing to instrumental music, says faculty member Eleza Kort, who is directing.

The new tradition began after years of discussion among performing arts faculty about how to best showcase the artistic aptitude of an incoming—and largely unknown—class of freshmen.

“We decided to put together a cabaret kind of show, built around the Class IV students,” Eleza says. “We have some students who come in with special talents, including a lot of wonderful instrumentalists, and some who want to try something new. We have some really spectacular moments.”

The show is free and open to the public. Reserve tickets online.