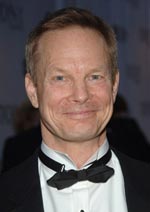 Mr. Bill Irwin, a Tony Award-winning actor, as well as a comedian, dancer, mime and clown will be the Melissa Dilworth Gold Visiting Artist at Milton on December 4 and 5. Mr. Irwin’s Tony Award for Best Performance by a Leading Actor was awarded for his role in Who’s Afraid of Virginia Woolf (Edward Albee); he also appeared in Albee’s The Goat. You may have seen him in his Great Performances special on PBS, or as “Mr. Noodle” on Sesame Street. Bill’s talents are diverse: his career has also involved producing, directing, writing and choreographing. During his two-day visit to Milton he will work with classes and talk with students and faculty about these various art forms.