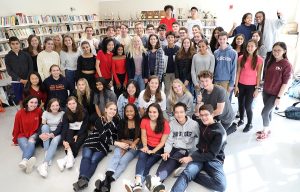 “This was the first-of-its-kind competition within this venue, and Milton students rose to the occasion with outstanding performances that resulted in the capturing of the overall Third Sweepstakes Award,” said Matthew Brandstetter, faculty speech and debate coach.

Earlier in the month, speech students joined nearly 700 other competitors from 188 schools in 35 states for the first annual Making Art While Socially Quarantined (MASQ) Tournament. Students videotaped and uploaded their speeches ahead of time, which were then reviewed by nationally acclaimed judges over a five-day period. Sams earned fifth place in Informative Speaking and Paiz was a quarterfinalist in Prose Interpretation and Poetry Interpretation.