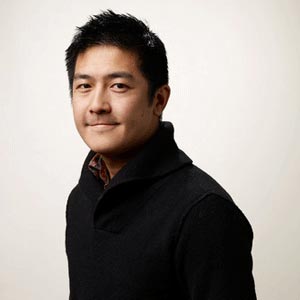 An acclaimed artist and filmmaker, Tze Chun began making movies as a Milton student. He went on to major in film studies at Columbia University. Tze’s debut feature film, Children of Invention, premiered at the 2009 Sundance Film Festival and went on to be one of the most-awarded and best-reviewed films of the year. It won 17 film festival awards, including eight Grand Jury or Best Narrative Feature prizes. Children of Invention was based on Tze’s short film Windowbreaker, which was selected for the 2007 Sundance Film Festival, and for which Tze was named one of Filmmaker Magazine‘s “25 New Faces of Independent Film.”

In addition to continuing work in independent film, Tze has branched out into studio filmmaking and television. Tze’s second feature film, Cold Comes the Night, was released in 2014 by Sony Pictures. The film stars Emmy Award winner Bryan Cranston and Alice Eve. Tze’s television writing credits include Cashmere Mafia, Once Upon a Time, and Gotham.

As a writer/director, Tze relishes all aspects of filmmaking—from research and character development, to directing and working with actors, to post-production. “In independent film, you’re a big part of something small, driving everything forward,” he says. “In larger studio films, you’re a smaller piece of something big, and you can focus on that particular element while learning so much from the people around you.”

Named the 2012 USA Rockefeller Fellow in Media, Tze also works as a painter and visual artist and has commissioned portraits in private residences in New York City, Los Angeles, Philadelphia, Boston and New Orleans. Tze painted the original artwork for the poster of Academy Award-nominated Half Nelson, as well as the children’s book drawings used in the film.

“In portraiture, you have to capture someone’s personality in one, finite image—that includes the expression on their face, their posture, the context around them, their clothing, how they present themselves,” he says. “You spend a lot of time looking at people, and you gain a lot of empathy for your subject. That close look, that desire to really understand and capture what makes someone tick, definitely informs my screenwriting and those characters, as well.”

Tze and his wife—Emmy Award-winning producer Cara McKenney (also Milton Class of 1998)—live in Los Angeles with their family.