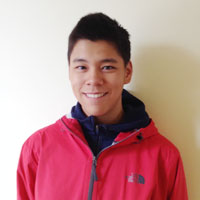 When Jon Chan (II) writes about science, he makes complex ideas interesting for readers, whether they routinely read science or not. This talent was recognized when Jon won third place in the Yale Scientific Magazine National Essay Competition 2014 for his piece “The Good and Bad of Bias and Prejudice in Science.” This year’s essay prompt was: How does bias affect the course of scientific research?

“Before I started writing the essay, I always thought the scientific method was foolproof,” says Jon, who is taking both Honors Biology and Advanced Chemistry this year. “I thought you publish your results, your peers review it and that the system worked. But as I did my research for the piece, I found out that scientists, just like everybody, have deeply held views. It’s hard to let go of something that you thought was true your whole life. Cultural bias also plays into it. For example scientific studies on acupuncture in Asia are usually positive where as in the West, the conclusions usually say it is an ineffective treatment.”

Last spring Jon won Best Science Essay at the School’s Persky Awards for his piece, “The Ephemeral Monster,” which was published in the student science publication, Helix. In this article, Jon looked at the science behind rogue waves.

“I’m definitely a science person, but part of science is conveying your findings to someone who doesn’t know what you are doing. I like using analogies a lot—relating everyday things to the more complex ideas I write about.”

Jon says he will continue to look for opportunities to publish, as well as immerse himself in science when he moves on to Advanced Physics and a semester each in Nuclear Physics, and Cosmology and Modern Physics his senior year.