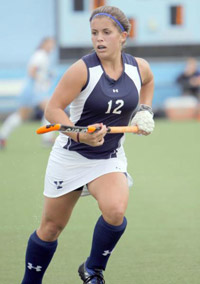 The Bulldogs have earned the National Academic Team Award in each of their seven seasons under head coach Pam Stuper. The award is presented to all field hockey teams that maintained a GPA of 3.0 or higher for the fall of 2011.

In addition to this academic success, the Bulldogs had a great 2011 season. The women finished their season 11–6 overall and 6–1 in Ivy League play to earn a share of the Ivy title—Yale’s first Ivy League title since 1980—with Princeton.