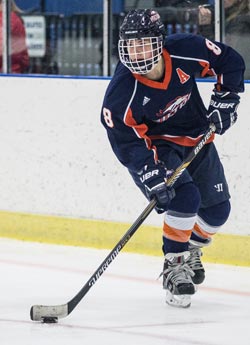 Now in its 51st year, the Flood-Marr Tournament is a three-day competition for boys’ teams, which this year includes Nobles, Hotchkiss, Andover, Westminster, Deerfield, Kimball Union, Salisbury and Milton.

On the same weekend, the top girls’ talent takes to the ice at Milton and Nobles to compete in the 35th Annual Harrington Invitational. Milton will face off against Nobles, Lawrence, Pomfret, St. Mark’s, BB&N, Westminster and Williston-Northampton.