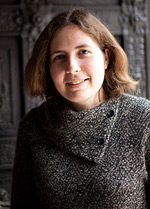 Kenzie Bok ’07, a Harvard University senior concentrating in history, was named one of this year’s Marshall Scholars, an honor earned by only 31 students across the country. The scholarship will allow her to study for two years at the University of Cambridge in the United Kingdom, where she plans to complete an M.Phil in intellectual history and political thought.