Governor JB Pritzker ’82 will be the 2019 Graduation Speaker 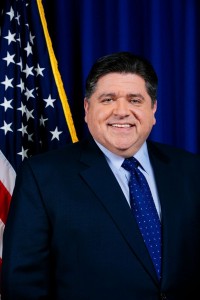 JB Pritzker, Class of 1982 and the 43rd governor of the state of Illinois, will serve as Graduation day speaker on June 7, 2019.

“JB Pritzker is an extraordinarily generous spirit who has made an immeasurable difference in the lives of countless people throughout his community and beyond,” said Head of School Todd Bland. “Humble despite his huge influence, he is intelligent, relatable, and a kind-hearted leader—qualities to which we should all aspire. I am delighted to welcome him back to campus.”

Raised by parents who taught him to fight for progressive values from a young age, JB has spent his life advocating for social justice and working toward economic opportunity for all. He is a national leader in early childhood education, pursuing for decades the creation and expansion of early learning programs for low-income children. As a businessman and entrepreneur, he has helped create thousands of jobs. In 2012, JB founded 1871, a nonprofit small business incubator. 1871 brought together the educational and civic resources to support startup businesses, and so far it has helped entrepreneurs create more than 8,000 jobs and hundreds of new companies.

Committed to righting historical wrongs and fighting discrimination, JB has stood against hatred and bigotry throughout his life. He was a key supporter of the Center on Wrongful Convictions at Northwestern University, and he served as chairman of the Illinois Human Rights Commission. A descendant of Jewish immigrants, JB led the development of the Illinois Holocaust Museum and Education Center, a nationally recognized institution where more than 120,000 students, teachers, police officers and others learn to fight bigotry, hatred, and intolerance every year.

JB was instrumental in helping to build Milton’s acclaimed Pritzker Science Center, providing students and faculty a state-of-the-art space that fosters inquiry and innovation. JB and his wife, MK, are the proud parents of a daughter, Teddi, and a son, Donny.