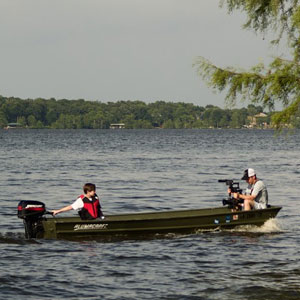 Evan Scales (II) has a passion for film. Drawing on skills he honed in Milton’s Moving Image class, and as a freelance photographer and filmmaker, he spent the summer shooting and editing his first, full feature production, Liberté. Evan’s goal was to submit a film to the Louisiana Film Prize, which requires films to be shot in northwest Louisiana. He started writing the script last September. Liberté is a story about a chance encounter between a boy and an older man, who unbeknownst to the boy is his grandfather.

“The boy in the story was not meant to represent me, but I took things from my own life that I knew to be true,” says Evan. “The story grew over dinner discussions with my parents. I’ve always liked stories that have a big surprise at the end that pulls things together.”

Once he had the script, Evan—a Boston native—had to figure out how to make filming in Louisiana a reality. A family friend helped connect Evan with people in the Shreveport area, and Evan went on a location-scouting trip in March. He attended a local theater production that starred the young actor Evan cast in the film. An older actor in the play caught Evan’s attention, and he pitched the role of the grandfather to the actor that night.

Most of the film takes place on a lake, with the actors in boats. Evan quickly learned that filming on public property entails everything from production insurance, to permits from the city, to discussions with lake patrol.

“One of the biggest surprises was how helpful and generous the people in the area were when I was coordinating all the logistics,” Evan says. “The whole thing was a huge learning experience. I learned what it takes to actually make something work in a film.”

Evan shot the film in June and edited during the first two weeks of July to make the film prize deadline. Although the film was not selected for the final cut, Evan later learned that his was one of the last films to be eliminated. He also received helpful feedback and has since adjusted the film to resubmit to other student film festivals. Click here to watch Liberté.