Milton Robotics Is On a Roll

This past weekend, Milton’s Robotics Team—comprised of 11 students and three robots—attended Worcester Polytechnic Institute’s WAVE Tournament, a three-day competition against 78 other robotics teams from across the United States and Canada. One of Milton’s teams, self-dubbed Duct Tap & Dreams, advanced to the eliminations round and finished 16th in robot skills. Another of Milton’s teams, under the name of Moonrise, won the Innovate Award, one of the top three awards given to a team based on overall performance, organization, and teamwork.

In November, Milton’s Robotics Team also attended a VEX Robotics tournament in Framingham, Massachusetts, where our students competed against 45 schools from across southern New England. Milton brought 21 students—divided into three Upper School teams and three Middle School teams—and six robots. All six Milton teams made it to the elimination round (top 32 teams). Three of the four semi-finalists in the tournament were Milton teams, and the final round match pitted Milton’s Upper School team against Milton’s Middle School team—neither of which had lost a match prior. Both teams in the final round qualified for the Southern New England Regional Championship. 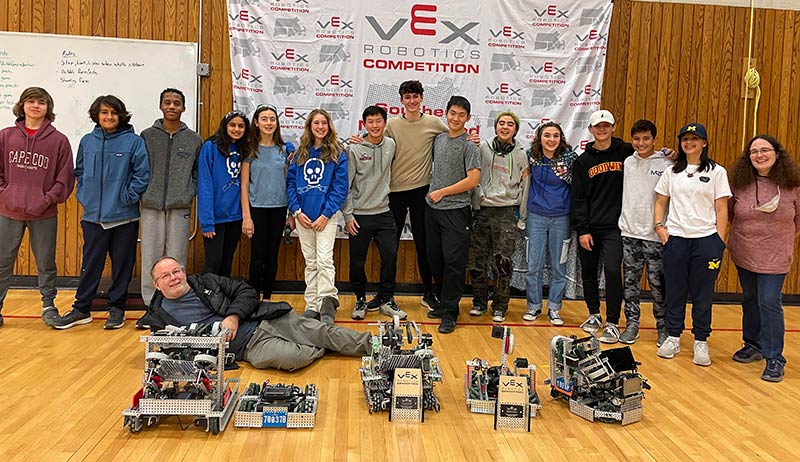