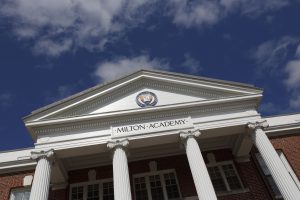 Nine students were selected for a Bisbee Prize by their teachers for outstanding research on their U.S. history papers. Although unable to gather in person for the spring tradition, the history department  recognized students’ impressive work on topics ranging from the 1994 baseball strike to the repeal of the Chinese Exclusion Act.

The Bisbee Prize was established to honor Ethan Wyatt Bisbee, a former history faculty member who retired in 1993 after 40 years of teaching. The Prize was endowed in 2005 through a gift by John Warren, formerly of the history department, and his wife, Laura Warren ’78, former head of Robbins House.

Recipients of the 2020 Bisbee Prize are:

Anne Kwok ’21
“The Manhood Movement: How Theodore Roosevelt and the Media Nurtured America’s Obsession with Masculinity to Trigger the Spanish-American War”

Constance LeGrand ’21
The Repeal of the Chinese Exclusion Act: The Power of the American Public, Politicians and Policies

Jeanna Shaw ’20
“This Just In: Scientists Discover that Being Problematic is No Longer Cancelled How Eugenics in the 1920s Justified White Nationalism”

Ira Sobchyshyna ’20
“The Enemy of My Enemy: American Support for Russia during the Crimean War”