The Milton Academy’s boys’ lacrosse program has a history of competitive lacrosse spanning nearly 50 years—more than 30 as a member of the Independent School League (ISL).

Captain T.M. Chase ’77 led the way in the spring of 1977 as the Mustangs earned a 13-1 record to highlight a string of nine years with winning seasons from 1976–1984. Coaches Cleveland and J.B. Barber worked together from 1974 through 1980 bringing Milton lacrosse to prominence.

Derek Stolp took the reigns from Mr. Cleveland in 1982 and carried the Mustangs through 21 seasons of successful lacrosse, including 12-win seasons in 1989 and 1990, an 11-win season in 1991, and 10-win seasons in 1992 and 1993. The Mustangs, under Coach Stolp, won the ISL title in 1989, building a 12-2 record behind captains Jon Fitzgibbons (All-ISL) and ISL MVP and All-America, Bill Hanson, who registered 43 goals and 37 assists during his senior campaign.

In his 21 seasons behind the helm, Coach Stolp developed and coached numerous All-League and All-ISL players, regional All-America selections (including Eric Churchill ’84, Ethan Burnes ’89, Bill Hanson ’89 and Owen P. Hughes Jr. ’92), and Academic All-Americans (Michael A. Iovino ’96  and Tim Churchill ’01 ). Coach Stolp amassed a total of 150 victories during his tenure.

George Dunnington and Tom Gagnon coached the Mustangs from 2003 through the 2009 campaign. The team went 67-37 in those seven seasons of competition, including one campaign as an undefeated ISL champion in 2004.

Corey Simonson and Tom Gagnon coached the Mustangs from 2010 through the 2012 campaign. The team went 23-20 in those three seasons of competition and produced six All-ISL players and six H.M. All-ISL players.

Corey Simonson, Miles Bailey and Adam Leahy took over the program in the spring of 2013, and the program is led today by head coach Mark Goodrich, who began with Milton in the 2017 season.

Numerous Milton Academy lacrosse alumni have gone on to compete at Division I, II, III and CCLA schools over the last dozen years including:

Mark Goodrich is in his second season at the helm of the varsity lacrosse team.

In high school, Mark was the winner of the Ferris Thomas Jr. Award for Outstanding Lacrosse Player; The Rivers Scholar Athlete Award for high GPA while playing three varsity sports and; The Rivers Athletic Award for top male student athlete. All league recognition for football, basketball and lacrosse by the Independent School League. Selected as #9 high school recruit in the country and the #4 attackman by Inside Lacrosse Magazine in 2007.  Played attack for team “North” in the 2007 Under Armor All American game.

At Johns Hopkins, he played in 52 games for Coach Pietramala making it to 5 straight Playoff appearances and one National Championship.  Mark trained under Coach Jay Dyer, the leading strength and conditioning coach for the sport of lacrosse. In 2012, received the W. Taylor Cook Memorial Award for Strength of Character and Positive Influences on the Johns Hopkins University Lacrosse Team.

After college, Mark joined 3d Lacrosse in its early years helping build the 3d New England club program.  Is the architect of the College prep Overnight camp which prepares some of the games top high school players for the jump into the college ranks.  Built the Winter Box Lacrosse league from the ground up, which hosts some of greater Boston’s best high school teams.

Mark started coaching High School Lacrosse out in Colorado for Mt. Vista High School.  He coached under Jamie Munro, former head coach at Denver University.  After one season with Mt. Vista Mark came back to his home state and became a head coach at The Dexter School.  After two years with Dexter Mark joined the 7 time division 2 state champions Medfield Warriors, helping bring them to their 8th title and 3rd in a row.

Outside of lacrosse Mark loves playing Hoops and Snowboarding. 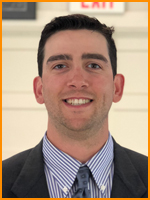 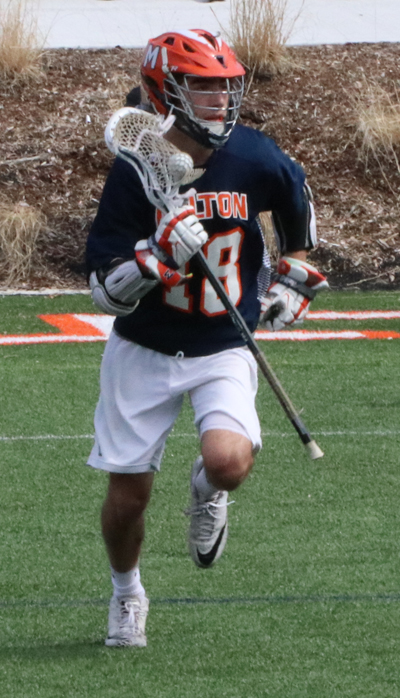