Having won 3 New England championships in 2000, 2003, and 2004, Milton Academy possesses a strong tradition of high-level, competitive volleyball.  Milton Academy is a member of the Independent School League and New England Prep School Athletic Conference Class  In the fall of 2013, girls’ volleyball inaugural year competing in the ISL, Milton Academy finished 3rd in league. In the 2014 Season, the program won its first ISL Title and qualified for the NEPSAC Class A Post-Season Tournament.

Practices emphasize fundamentals and translating them into game-like situations.  While position specializing occurs, all players are practiced and knowledgeable in all facets of the game.  The priority of Milton Academy volleyball remains providing players with the skills and game knowledge to find success in the ISL and beyond.

In addition to the high expectations both on and off the field, the Varsity squad is always determined to have fun. The team has many traditions that have been in place for years, including team dinners on Friday nights, dressing up on game days, and end of the season games against faculty members or other varsity teams.  The volleyball team unity not only contributes to success on the field, but it also inevitably helps to establish lasting friendships. 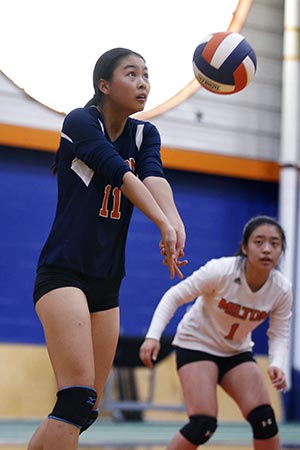