The Girls’ Lacrosse program consists of three teams: Varsity, Junior Varsity and Thirds.  Players and coaches are committed to striving for excellence and to working together closely, to ensure a positive experience for all. The coaching staff teaches both the skills and the work ethic required to succeed, while also promoting a positive and encouraging atmosphere and fostering a passion for team sports.

The Thirds and JV programs provide the opportunity for less experienced players to sharpen their lacrosse skills and enjoy the competitive nature and teamwork necessary to succeed. All three teams work closely together to build a cohesive program that values hard work, teamwork, and a joy of the game. The coaching staff values and respects the full experience of being a Milton Academy student athlete and is mindful of the hard work and focus required to stay on top of schoolwork while also committing fully to the team during the season.

The Varsity team competes in the Independent School League (ISL) and with other top teams in New England. This high level of competition requires not only strong stick skills and lacrosse knowledge, but also knowing how to play well with teammates. In addition to the high expectations both on and off the field, the Varsity team is always determined to have fun. The team has traditions that have been in place for years, including team dinners on Friday nights, dressing up on game days, and inter-squad competitions between blue and orange teams at the end of the season. The unity of the lacrosse team contributes to success on the field, but also inevitably leads to lasting friendships.

Patricia Thompson is entering her second season as the Head Coach of the Girl’s Lacrosse Team at Milton Academy. Prior to coaching at Milton, she was the head coach at Braintree High School for three seasons. Thompson spent 8 years coaching collegiately at the Division I level. She began her coaching career as an assistant at the University of Albany in 2008. She later returned to her alma mater, Holy Cross, as the first assistant from 2010-2013. The team reached back to back Patriot League Championship games in ‘12 and ‘13. Following Holy Cross, she spent three seasons coaching at Harvard where the team advanced to the Ivy League tournament each year she coached.

Thompson was a decorated student-athlete at the College of the Holy Cross. She was named the Patriot League Rookie of the Year in 2003 and the Player of the Year in 2007.  She earned Northeast Region second-team All-America accolades, was named to the Patriot League First Team three times and remains Holy Cross’s all-time leading goal and point scorer with 291 career points (215 goals, 76 assists). Thompson was named the team captain as a senior and also won the 2007 Crusader of the Year award. In 2016, Thompson was the first women’s lacrosse player inducted into the school’s Athletic Hall of Fame.

Thompson is also a current coach with local club program Laxachusetts. She resides in Milton with her husband, 3 boys and bulldog.

Molly Swain has transitioned from head coach to assistant and excited to remain in the program.  Having played Division 1 Lacrosse for the top ten ranked Boston University for five years, she brings a high level of game knowledge and playing experience to the program. During her career at BU, Molly was a starting midfielder, a two-time captain, had multiple nominations to the America East Team and the All Academic Team. In addition, Molly received the prestigious Scarlet Key Award at BU for exceptional leadership in the community.

Molly has coached extensively at both the Middle and High School levels and is currently a coach for the girls club lacrosse team Laxachusetts, while also coaching in the summers for Trilogy Lacrosse. Previously, she has been Head Coach of Chiswick Lacrosse Camps in London, UK for four summer seasons and, in the most recent summers, has coached for Boston University’s Around The Crease Lacrosse Clinics, Nike’s Top of the Class Camp, Metro Lacrosse, and Revolution Lacrosse.

Molly teaches Upper and Middle School Visual Arts and works in the Outdoor Program at Milton. 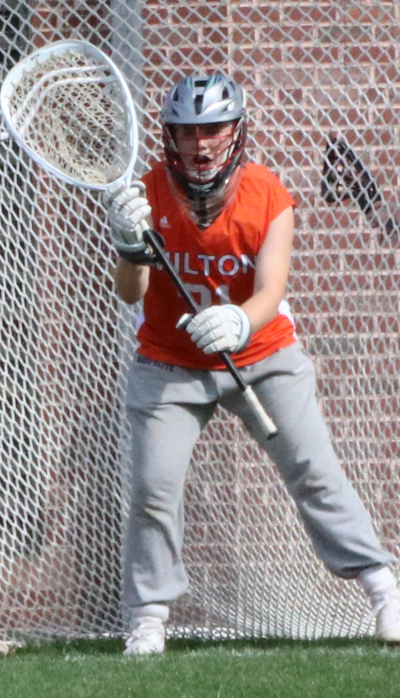