The Milton Academy field hockey program consists of three levels; Thirds (Freshmen), Junior Varsity and Varsity. The coaches of all three levels work closely together to ensure that each athletic experience is a positive one.

The Varsity Field Hockey team is a part of the competitive Independent School League that consists of some of the most talented independent school teams in the Boston area. In 2011 the team returned to the New England Prep School Athletic Conference Class A New England tournament, and the program continues to set its sight on this championship field.  Milton Field Hockey players are expected to work hard and be committed both in the classroom and on the field. The on-field program is supported by a strength and conditioning regimen led by the School’s strength & conditioning coach, Steve Darling. In addition, the players review game footage, participate in team activities, and take trips to see college games. Expectations are high for the athletes, and the coaches work hard to prepare the athletes to play at the next level.

In addition to the high expectations both on and off the field, the Varsity squad is always determined to have fun. The team has many traditions that have been in place for years, including team dinners on Friday nights, dressing up on game days, an annual Play 4 the Cure game, and sharing a favorite inspirational quote before each game.  New traditions include a 3v3 tournament with guest faculty and administrator participants, a campus wide scavenger hunt, a 6-12 program wide Skills Competition and a Halloween practice. The field hockey team unity not only contributes to success on the field, but it also inevitably helps to establish lasting friendships.

Head Coach:  Britney Carr
In the fall of 2020, Britney Carr enters her eleventh season as head coach of the Milton Varsity Field Hockey team. Britney brings a wealth of athletic playing experience to the program, having spent four years as a key contributor on the Bowdoin College field hockey, ice hockey and softball programs. Following Bowdoin, Britney spent one year as the assistant ice hockey coach at Amherst College, and then spent three years as the head varsity field hockey coach at Cushing Academy. Prior to coming to Milton, Britney was the assistant field hockey coach, and the head varsity ice hockey coach at St. Mark’s School. Britney also serves as Associate Director of Athletics and is a member of the PE department.

Assistant Coach: Amy Hickey
Amy Hickey is in her 17th season as assistant coach of Milton’s varsity field hockey team, and over the years has been a part of many successful MAFH seasons, with two of those teams earning trips to the NEPSAC tournament. Although trained as a midfielder, with a need to develop goalkeepers at Milton, she studied goalkeeping, and took up duties as the Mustang’s goalie coach. MAFH goalkeepers have had some nice opportunities afforded them with some choosing to play at the college level at UVM, Colby and Middlebury. As part of her continuing education as a coach, she has attended many USA Field Hockey sanctioned programs and events like Futures, the National Hockey Festival in Palm Springs, CA, Disney’s February showcase, the National Indoor tournament, and was a coach in the East Coast Wizards organization taking one of their U12 club teams to a second place finish at Disney’s Junior showcase. Amy is also the varsity head softball coach and the JV Girls ice hockey assistant coach at Milton. 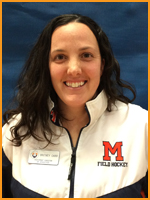 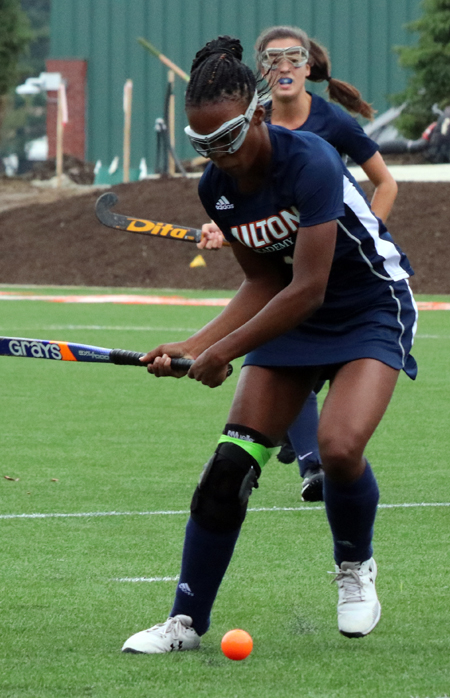